From Bucharest to Budapest! 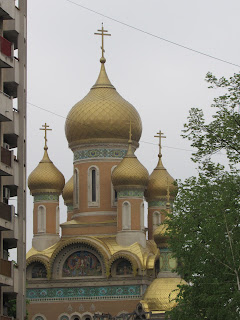 Well, I ain't gonna lie....the past two days have been really, really difficult. When you live with chronic cancer, and you are far from medical care at home, your mind tends to wander! My cold was so nasty for two days that all I wanted to do was curl into a ball and cry.

I was miserable and a bit scared. What if this cold turned into pneumonia? What would I do? Should I start checking travel to see if we could return home early, or just wait and see? When in doubt, do nothing? Just REST.

After talking to my oncologist, and him reassuring me, that he thought that I would "be able to weather that viral illness" I calmed down, rested and let my body go to work. Two days in bed, Albuterol, Tylenol and Ibuprofen, Muscoslvan (from the pharmacy here), onion soup, orange juice, and rose hip tea and on the third day, I began to turn the corner.

I still sound like a whooping cough victim, but actually, feel SO much better. Not great, but better, and the very best thing, I do NOT feel worse! Go body, GO! I have been very fortunate to be a very healthy CML patient. My only real complications during the past eight years have been pleural effusions and a random case of bronchitis; never sick like this.

This was another whole ball of wax and I have renewed empathy for all of you that suffer nasty colds! They SUCK!

At any rate, two days in bed, while it basically rained the entire time, which made me feel so much better about being in bed, coupled with the fact that I didn't get that "warm, fuzzy feeling" that I often get when I visit a city, we will be hitting the road today, without me feeling too much remorse. I felt that I hit the Jackpot, that if I was going to be that sick, my body picked the perfect place and time to do so.

Our plane did not leave until 7:50, so technically we had the entire day, but knowing how I was feeling, we chose to spend most of it at the airport; doing nothing. After what had happened in Warsaw, with the Taxi strike, we were not taking any chances; we pre-ordered a Taxi through our Air BnB, at a reasonable price, for 1:30;  this gave us about two hours to see just a bit more of the city, and to grab a bite to eat.

I was so grateful for that quick little tour of the best places, that Joe had already scouted out. He knows what I like, and he brought me there, in the most direct manner.

Numero uno was the St. Nicholas Russian Church; Holy Moly was it FANCY! It was built in 1905, and it is not something that the Romania people today, revere. I certainly appreciated the architecture of the building, with the gold onion domes, which were common in Russia, but not Romania, with carved wooden icons, covered in gold wherever you looked. 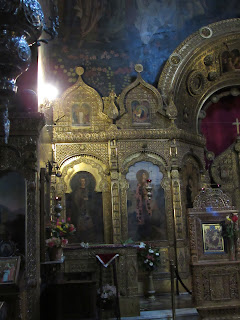 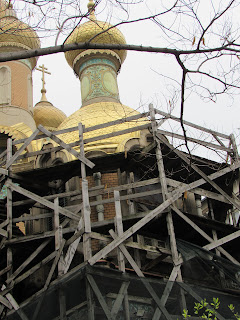 The church was undergoing restoration on the outside, but that did not take away its' beauty. Of course, I am only judging on a building, not on religious, or political views.

We also strolled through University Square which is home to four statues, including "Michael the Brave". The Square was the site of the 1990 Golaniad, a peaceful student protest against the ex-communists in the Romanian government; the demonstrations ended violently. 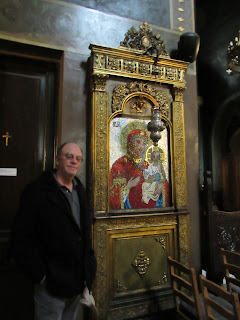 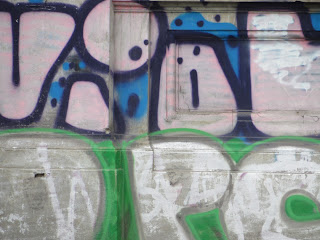 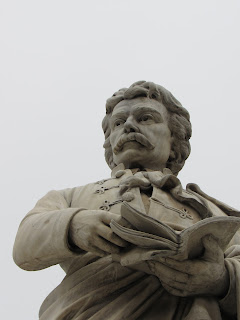 On our way to our favorite bakery, "Paul", we passed by a lovely fountain and tons of graffiti. Bucharest is an interesting city and it feels as though it has a long way to go to before it finds its' way. 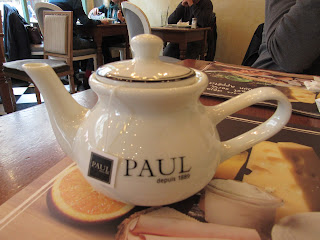 Once back at the apartment, getting ready to go to the airport, we heard a knock on the door. It was one of our gracious hosts, there to help us take our luggage to the car, and to make sure that we were actually getting into the correct car. It was a huge relief to have his help and direction, as I am still dragging BIG time!

Our hosts were very helpful, kind and accommodating.

After a long wait at the airport, we finally departed Bucharest for Budapest; I was praying that the new city would put a smile back on my face and that I would feel well enough to enjoy it.

Since it was Joe's birthday, and he would be spending it in two different countries, I secretly hoped that there would be a nice place to have dinner, near our place. As we drove towards our apartment, the smile on my face grew and grew!

Budapest is BEAUTIFUL! The lit up Parliament Building and churches looked as though they were straight out of a fairytale. As we continued through the city, we started heading up towards a castle; it was then that I realized that we were actually STAYING at the top of the hill; Castle Hill!


When the Taxi driver pulled up near our street, he told us that the address was right down the street, where I saw a young woman, meandering around. I walked towards her, and it was Kristina; she was outside waiting for us.

She led us up to her apartment, which is the most darling place that we have stayed in thus far. Two bedrooms, one in a loft, and a BATHTUB! Whoo Hoo! I am gonna soak these germs away. My heart knows that we will be very happy here and that I am newly rejuvenated and will be able to continue our adventures. 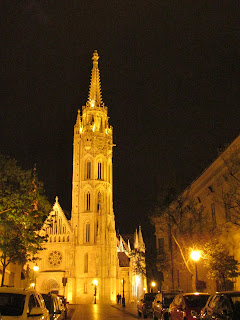 There were two lovely restaurants right near our place, and we quickly chose "Jamie Oliver" Italian, and were not disappointed. Apparently, he is a famous English chef, who has been seen on many television shows. (I had to look that up!) 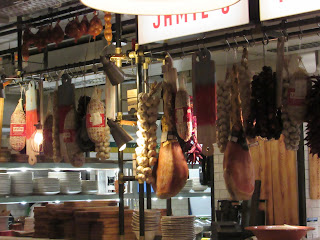 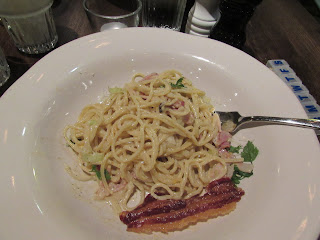 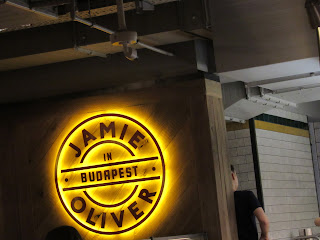 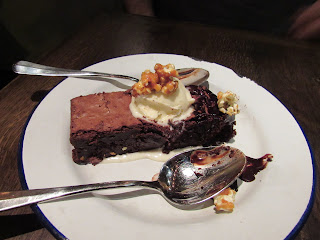 We were served by a beautiful Hungarian gal, who spoke impeccable English; she was as kind as she was pretty. The food was delicious, and Joe enjoyed a glass of Hungarian wine and a chocolate brownie dessert!

It was a Happy, but tiring,  Birthday, I think?