Cancer Camp: The Good, The Bad and The Ugly!

One might ask, "What is cancer camp?" And my reply would have been, "I do not know, but I have heard it is life-changing."

Hearing from a dear friend, how amazing Epic Experience was for her, certainly made me want to see if the experience would be just as amazing for me.

Epic Experience is a free camp for cancer survivors. It is located in the Rocky Mountains in Colorado and sounded like an adventure of a lifetime. I was grateful to be invited to attend.
I planned, I packed and I counted down the days.

There was only one hitch in my giddy-up; I had absolutely no desire to go whitewater river rafting and since there was a photo of a group whitewater rafting on their website, I was concerned. I expressed my concerns to a gal that called to check on my health, and to see if I had any questions about camp. I was reassured that it would be alright if I chose not to participate, and was told that there were plenty of other activities which I would enjoy. So, "Do Not Worry!"

Once that concern was put to rest, I was very excited to spend a week in the mountains with other cancer survivors.

I booked my air transportation (my only financial obligation) and began counting down the days to my adventure.

The week before cancer camp, I started having severe stomach and intestinal issues, which I assumed was side effects from Bosulif. They were severe enough that there were many moments that I wondered whether or not I was going to be able to make it to camp or not, but I held on to high hopes.

Fortunately, the day before I was scheduled to leave, I felt pretty darn good and I took that as a sign that I was going to be OK and I would be able to enjoy cancer camp as I had planned.
So I packed and went to bed early.

As many of you may know, I am NOT a morning person, so to get up at 5 am, in order to be in  Colorado by 11 am, was tough! I am not going to lie, I was really concerned as I rarely leave the house before noon, due to frequent bathroom trips.

Luckily, I had no issues; I think much of my body must have still been asleep, as I made it to the airport, and onto the plane with no problem. I then promptly fell asleep before take-off and slept until we landed in Denver.

It was quite easy to find the group or campers and volunteers, and I was welcomed warmly. As we were sitting around waiting for the rest of the campers to arrive, one of the volunteers asked me if I was ready to go rafting. I looked at him and said, "No, actually I am not."

He looked at the other volunteer dumbfounded, and they asked me why not. I asked them if they really wanted to know, and they said yes.

This is where the fun, not so fun, began. I explained to them that last year I had "floated" down the Boise River, after my raft sank, with nothing other than my backpack, which I was holding, and my body, the rocks, and the water. You can read about that here!

And, a friend of mine, who was a guide for decades, on the Colorado River leading whitewater rafting trips, was bounced from his raft and had died, and two weeks ago, my grandson's father's friends were trapped under their river raft when it flipped and nearly drowned, and then another friend found himself without his tube while floating the Boise River last week, which was kind of like the last straw for me.

That coupled with the fact that I was also recovering from rotator cuff surgery, it just was not worth the risk, for me. I am sure they had great guides and took all necessary precautions for the safety of the campers, but something just told me not to participate.

They kinda' looked at each other, and I went back to talking to the campers. I really was hoping that none of them had heard my schpeal, as my experiences have nothing to do with theirs, and I certainly did not wish to taint anyone's epic experience.

After about fifteen minutes, one of the volunteers came and asked me to walk over to the bench to talk with him, and the other volunteer. I said, "Uh oh, am I in trouble?"

We laughed and they said no, but they had some concerns. They explained that the entire Epic Experience was ALL about whitewater rafting and that there would be no way for me to "stay back at camp" as I had been told, and there was nowhere to "hang out" while the others were rafting.

And that instead of one day of rafting, like I was told, it was FOUR days of rafting with some of those days in a Kayak, alone. They confirmed that they were Class IV rapids and that the river was high and fast due to a heavy snow year. 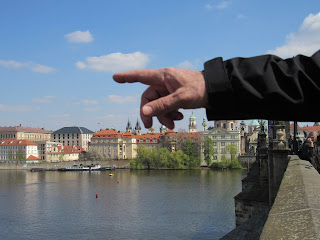 They asked me what I had "thought" that camp was going to be, and I told them that I had been told that there was one day of rafting, and other activities, which were mentioned on their website like horseback riding, hiking, hot tubbing, campfires and sharing our lives with other cancer campers.

They said that they were horribly sorry, and they were not trying to "push" me into doing something that I was uncomfortable doing, but they said that if I were to choose to go to camp, I would be expected to be in a raft, for four of the five days.

They left me time to contemplate, and once again apologized. We were all glad that this came about BEFORE the three-hour drive to mountains. They did tell me that they would pay the difference of my airfare to go home early, asked if I wanted to spend a few days in Denver exploring, and asked if maybe I had a friend in the area. (which I DO)

My first phone call was to my husband; he was outside working and didn't answer the phone. I pretty much knew what he would say, which was "Hell, NO! ?You are NOT going to do that!" ( he also floated down the river last summer without a raft)

My second phone call was to my daughter; she didn't answer either.

My third phone call was to my very dear friend, in Denver, who is recovering from cancer treatment. I was planning to see her after camp, for a few days. (camp would have given her another week of healing before having company)

I told her the situation, and her first response was, "Come here! I will have Joe pick you up!" I knew that would be her response, but I also did not want to wear her out or be a burden in any way. I KNOW what it is like to feel like CRAP!

She also said, "You have always been very intuitive; listen to your gut. You shouldn't go." And you know what? She has known me for forty years, and she is SO right!

Just speaking with her gave me peace; she made me feel as though I wasn't just being a total wimp, and that I was doing the right thing, for ME.

I had moments of thinking that I should just "suck it up, buttercup" and go on what could be an adventure of a lifetime, but when I used my brain, and not my spirit I realized that just being out in the sun, on the river for four days would  wipe me out, and that is without the anxiety of actual whitewater rafting.

Looking back, I wonder if my body was trying to tell me, the week before, that I should not be going on that trip. I was uncharacteristically sick, and often had the thought that I should stay home. Apparently, our subconscious is much stronger than we realize, and maybe someday I will learn to listen to it, without proof.

I pray that all of the cancer campers are having the time of their lives, and for anyone that is more adventuresome than me and has a strong desire to whitewater raft, I would recommend applying to Epic Experiences.

Sometimes being brave means listening to your own heart, even when others think you are being overly cautious, or weak.

I was disappointed but I did what was right for me.

Posted by Michele at 3:33 PM No comments: