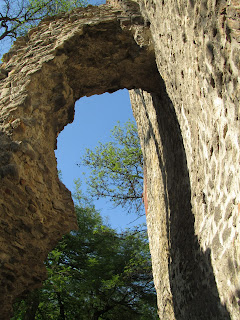 This is our last day in Budapest and the sun is shining! A perfect day to go to Margaret Island. But, before we head out of the castle, we are going to the Labirintus which is a maze of natural underground tunnels and caves which was once used to hold Vlad Tepes the Impaler, aka Count Dracula.

It was also used as a shelter, a prison, and a hospital during World War II. We only explored approximately one mile of the six-mile maze. It was really dark and scary and you could hardly tell which way to go, as there were many openings and vaulted rooms. Eventually, we became a party of four as a mother and her young daughter started to follow us so they could find their way out.

After that little adventure, we took Bus 16 to the bottom of the hill and then hopped on an electric rail to the middle of the Margaret Island Bridge, where we got off and walked onto the island. The first thing we saw on the island was three girls; two playing the violin and one singing. 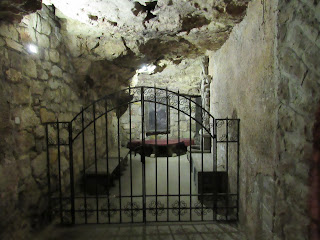 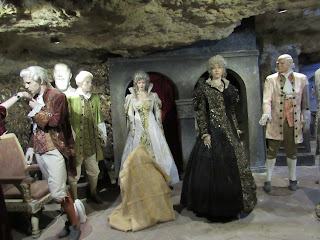 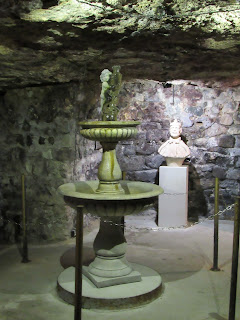 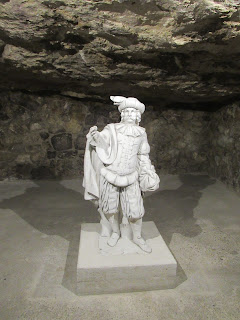 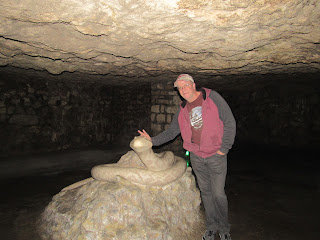 The island reminded me of Central Park, in New York as it is a large area that is full of green grass! The main difference is that this park is literally an island, sitting in the middle of the Danube River.
It was a beautiful day and we saw an area with golf car rentals, bikes scooters and such. I was all for renting a golf cart, as I wanted to see the entire island, but not necessarily by foot! It was twenty-one euro to rent it for an hour; so we did. 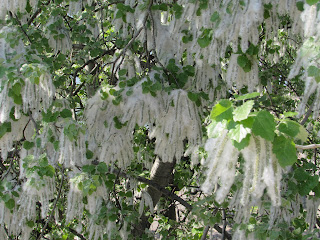 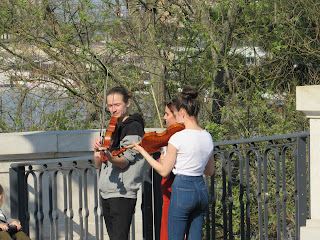 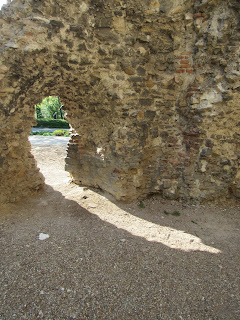 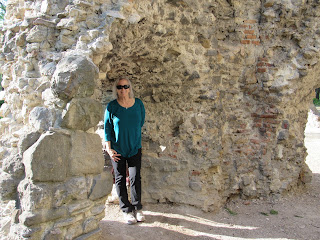 We were told we could go anywhere except the grass and the red jogging strip, so we rode through the park stopping at various ruins, Japanese Gardens and even a zoo. It is a beautiful island with humungous trees, a few cafes and even a thermal bath and pool. 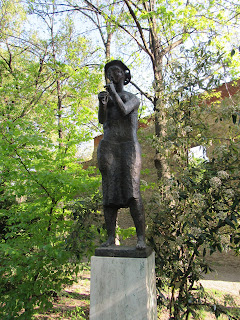 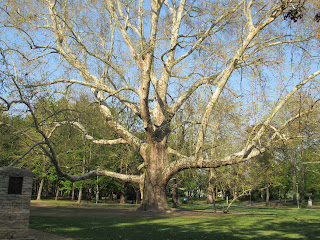 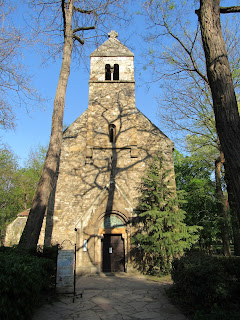 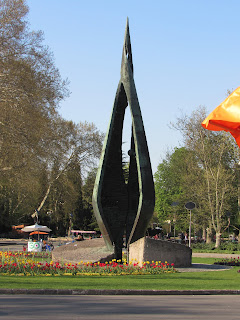 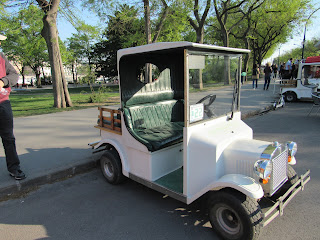 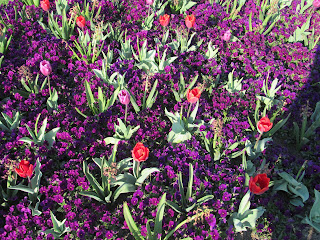 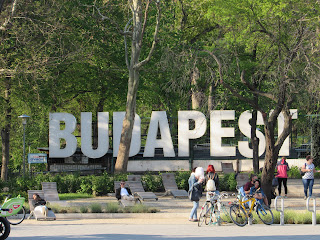 The highlight is the musical fountain which unfortunately was not working "today; come back in maybe a week." Total bummer as it was one of the main reason we went to the island. I had a cappuccino and it was delicious! I don't know what it is about coffee and me in Europe, but everyone keeps saying how fabulous it is, but I am not finding it so. I am sick of freeze-dried Nescafe!

Anyway, after I finished my best cup of coffee in ages, we hopped on the bus, back on the tramway and the back on Bus 16; thank goodness Joe had that all figured out! We were shortly back in the castle, at the only area we had yet to explore.

Perfect location and we even ran by a choir, practicing outside of the Buda Tower. They were truly songbirds, and we enjoyed the sights and the atmosphere very much. We meandered around and found some cannons and strange monuments and headed back to Jaimie Oliver's for dinner. 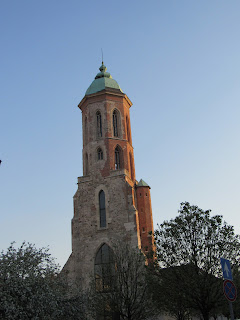 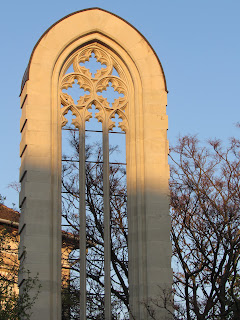 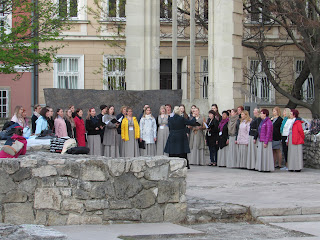 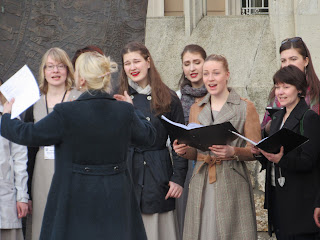 Fortunately, our same waitress was working and we asked to sit in her station. She moved us from a center table, to a table in the window, at our request. Joe had a Shrimp Linguine with a red sauce, and I had Lasagna. It was really, really good, and I am sad that the waitress put my leftovers in the bin, instead of a box. Boo 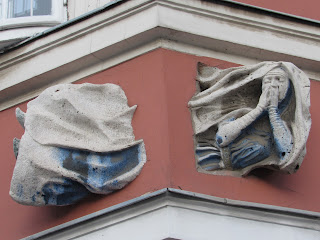 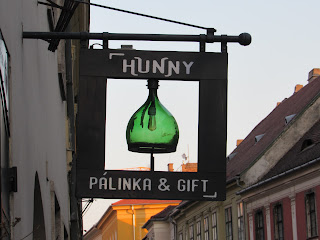 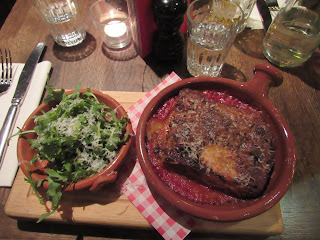 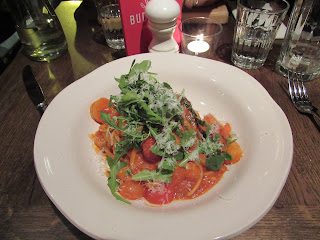 Other than that little miss-step, Budapest was an absolute delight; we enjoyed the city and the people and know that there is much to see and do here.

On to Prague tomorrow afternoon.