Slow Day in Paris: Or So We Thought! 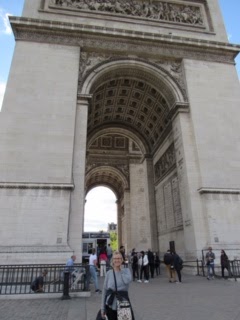 Today, after another slow start, we decided to walk up to the Acr d'Triumphe, which is probably a ten-minute walk from our hotel, IF you turn the right way on the street you are looking for. Otherwise, it takes closer to an hour. UGH.Once we turned around, after asking three people, we quickly found it but had we gone the correct direction, we would have missed this church; Saint-Honore d'Eylau Parish. It was a lovely little church with an art deco glass roof and a delightful blue ceiling. It was built as a temporary church, therefore is "poor in ornamentation", but I liked its' simplicity. 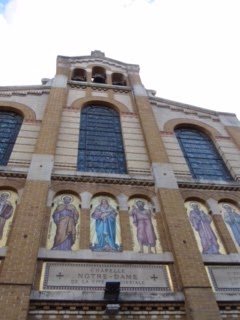 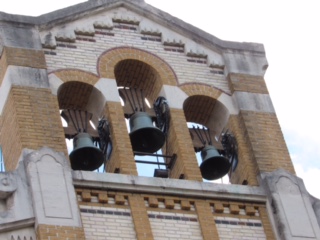 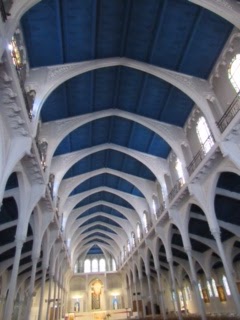 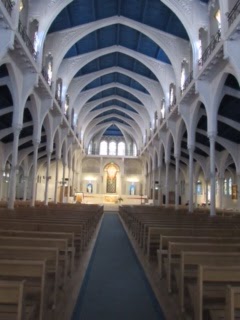 The Arc d' Triomphe is HUGE! We did not go inside, but standing next to it is impressive, and the design on the outside of the building made it worth the effort it took to get there. 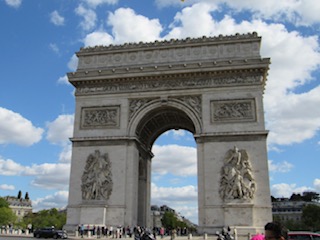 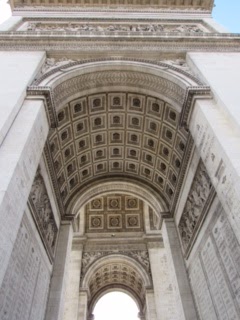 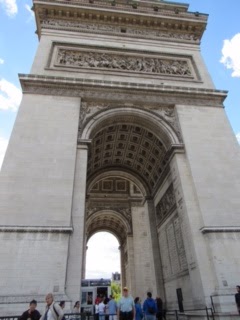 I figured that since we were so close to Champs-Elysees, we should at least take a stroll and see what all of the fuss is about. I suppose that since I am not much of a shopper, I was not all that impressed.
We did stop and have lunch, at  Bistro des Champs, the burger was pretty good, some French Onion soup that was very good, and a 1664 beer, which was not 1664, no matter what the bartender said. The wait staff sucked, but the atmosphere wasn't bad. 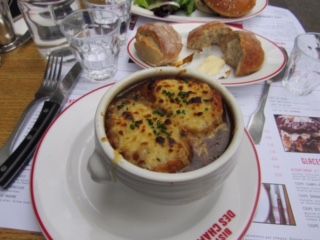 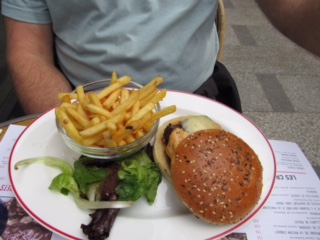 Afterward, refueled, we hit the metro and headed to Notre Dame. It was sad to see it surrounded by scaffolding, and to view the photos of the fire, surrounding it, creating barriers. 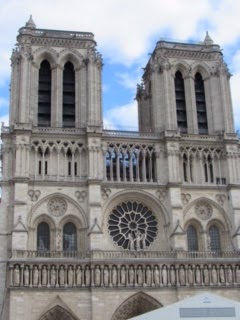 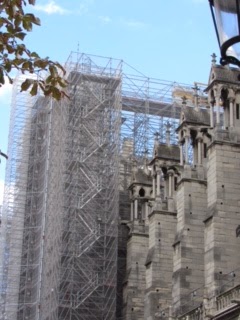 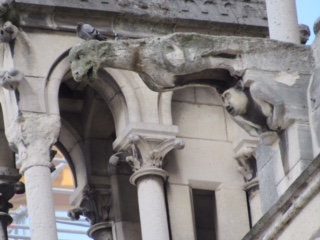 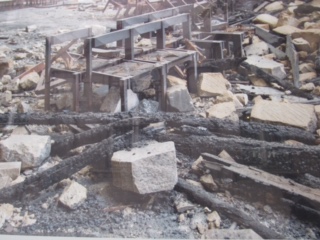 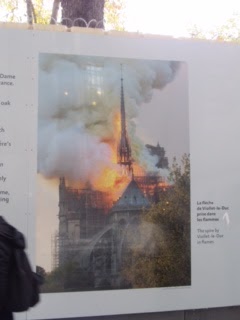 I hope that someday it will be restored, and again open to visitors. I am grateful that we were able to visit it before the fire, on one of our previous trips.
After meandering around for a while, we stumbled upon the L'Hotel de Ville, aka City Hall; what an amazing building! It dates back as far as 1535 and is of Renaissance Revival and French Renaissance architecture. 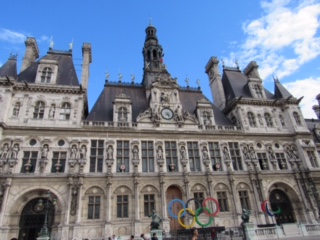 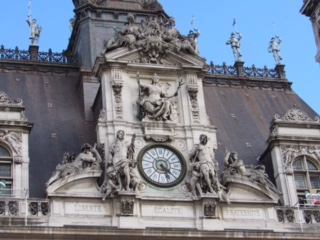 It was kinda cool to see the Olympic Rings displayed in front of the City Hall since Paris is hosting the 2024 Summer Olympics. 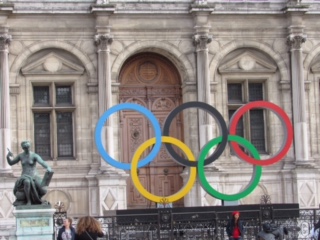 A quick walk over to The Fountaine of St. Michel, and then we were back on the metro "home." I was so doggone tired that I took a shower and was in my jammies by 6 pm! 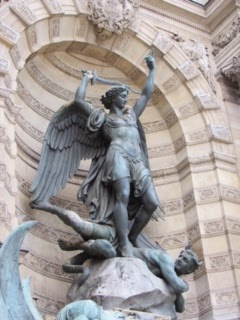 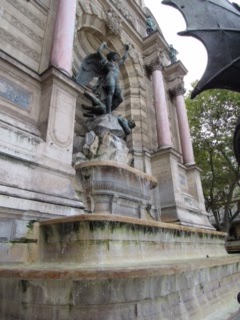 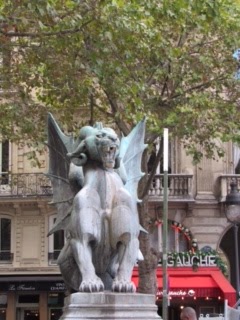 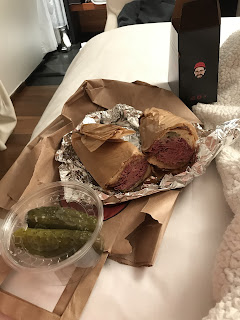 Life is good, I am tired, three more sleeps and we will be home!
Night y'all!