A Magical Day in Munich! 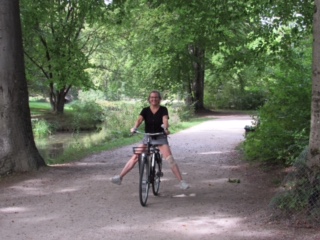 Today showed a chance of rain in the late afternoon. After yesterday's 17,000-plus steps, I was not moving anywhere fast this morning!Joe ran over to the bakery around noon and brought back two delicious quiches, which we gobbled up in no time. I took a nice, long, hot bath, put on a knee brace, popped a few ibuprofen, and got ready to hit the road.
We decided to give the hotel bicycles a try, as there are dedicated bike lanes everywhere, and where we wanted to go was a park; no traffic, once we got there, and it wasn't far from the hotel.
I haven't ridden a bike in ages, so to say I was a little nervous crossing traffic and riding on the street, in the bike lane, is an understatement! I prayed that I would find my confidence and comfort zone quickly. 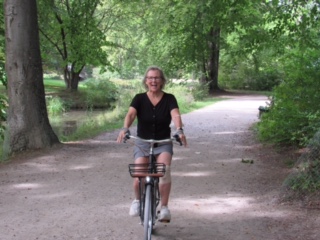 Stopping at different monuments, and the Angel of Peace along the way helped, and once we were in the park, it was smooth sailing. One of the first stops along our journey was Eisbachwelle; the best and most consistent city center location for river surfing! 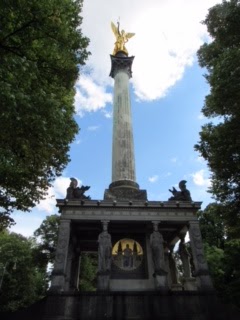 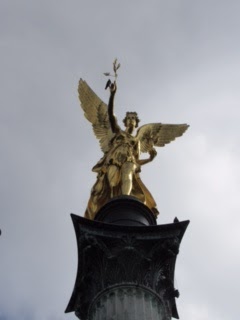 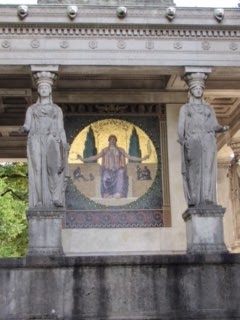 The Eisbach river is at the entrance to the Englischer Garten, a park larger than Central Park, in New York City, and such a great spot to stop and enjoy the surfers, as they take turns riding the waves. 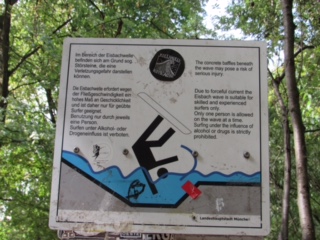 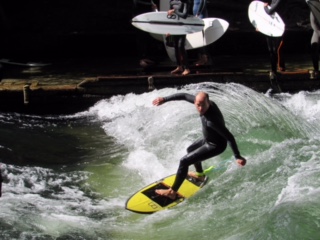 There is another area, further down the river, with smaller waves, for beginners. I was quite impressed at how many young kids were actually riding the waves that are deemed suitable, only for professionals.
We continued through the park, loving riding the bikes, as we covered so much more ground than we would have ever been able to on foot. We stopped at the Chinesischien Turm; Chinese Tower, an observation deck that was constructed from 1789-1792 but burned down during the bombing of Munich during World War II. It was reconstructed in 1952 and is considered a landmark of the Englischer Garten. 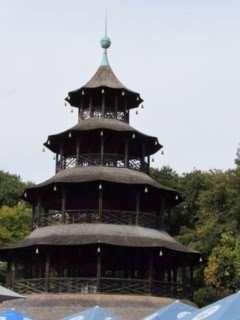 I am certain the beer garden will be packed, next week, for Octoberfest.
As we continued through the park, we came to a lake. Upon the lake we many ducks, loons, and swans. One swan, in particular, was more than cooperative during my photo shoot. He was absolutely stunning, swimming around with his wings spread into a heart shape. What a treat to see! 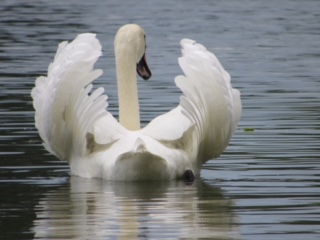 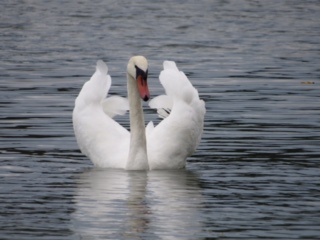 We continued on past another "Biergarten" and past another bridge with tiny, little waterfalls, went out onto the street, and saw a few more water fountains and Maximillianeum, the home of the Bavarian State Parliament, all on our way back to the hotel, before the rain. 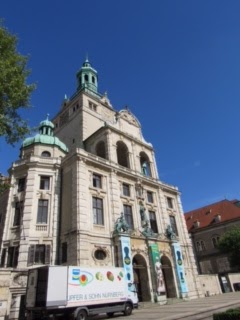 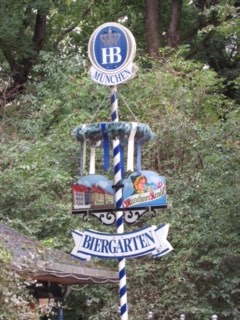 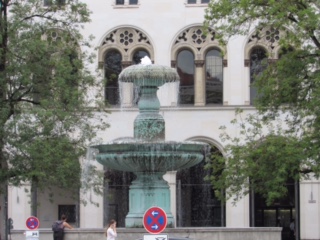 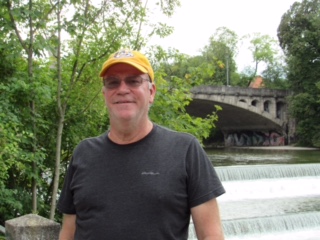 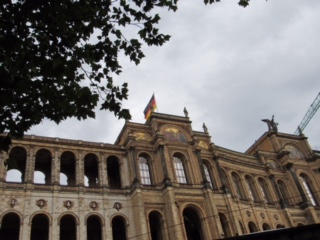 After getting back to our room, listening to the rain, and seeing a beautiful rainbow, we went to dinner, around the corner at an Indian Restaurant. It was great! Right up there with our top three meals, which makes me happy! 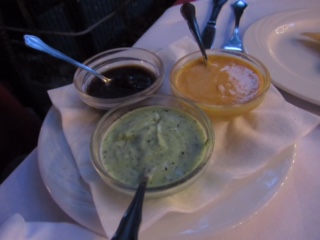 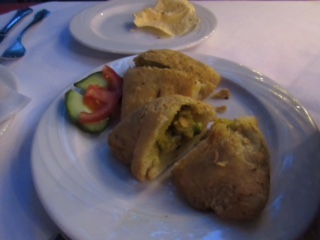 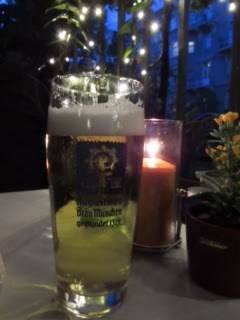 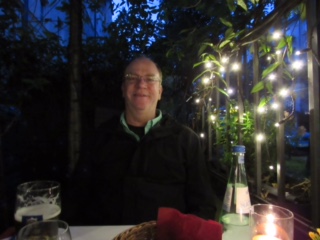 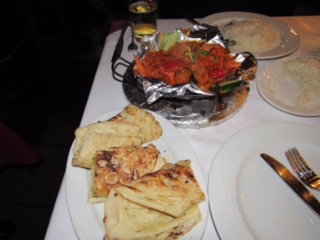 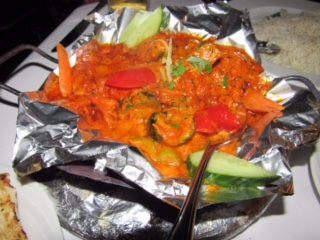 It was such a magical day, and I loved every, single moment!