Traveling through Europe with CML! 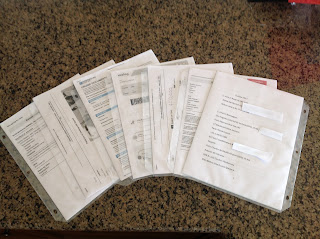 I was diagnosed with chronic mylogenous leukemia on Feb. 9th, 2011; right before meeting dear friends, Cindy and Joe, in Cabo for a vacation. My diagnosis put a major monkey wrench in our plans, and we had to cancel. Joe and Cindy went without us; I am sure they didn't have nearly as much fun, as they would have had if we were there! LoL

I know that I didn't have any fun at all, and spent what should have been many days on the beach, in a hospital bed, instead.

Cindy and I have dreamt of going on a trip to Europe, for more than thirty years. Living with leukemia for the past six-plus years has made any travel, other than to see family and doctors, with an occasional dance event thrown in, nearly impossible.

BUT! Last year, I had a great year; few side effects and great PCR results. (The test that measures the amount of disease in my body) SO! I felt as though now was the time to plan our European vacation; so I did!

Our friends were a bit more limited on time, so they will be joining us for the cruise portion of our trip; but being that I am a little slower these days, and the fact that I may need down time with so much travel, we are taking our time and will be gone about five weeks.

The planning portion of the trip was a BEAR! I had no idea how much work it was going to be. The easy part was booking the cruise; it leaves from Rome, goes around Italy and back, and returns to Rome; it is 11 nights and I cannot remember where we are going! All I know is that I will be on that
boat and go wherever it takes me!

Knowing that we wished to spend some time, somewhere, prior to getting on the ship, I started looking at airlines and flights to Europe. Going directly into Rome was outrageously expensive, so I looked at other options. I knew that I wanted a direct flight, so Boise was out. I looked into New York and Los Angeles as alternatives, and figured that I could see my oncologist, in LA, killing two birds.

LA to Paris had a pretty good fare on Norwegian Air; interesting note, it is less expensive to purchase your ticket on their Norwegian website as opposed to the US website; by about $350. Of course you continually need to translate to English, but I thought that the effort was worth it! Oh, and that is around three hundred dollars, both coming and going! So quite a savings!

Now add airline and hotel points into the mix and try to decide the best ways to utilize them. Fun, right? Free rooms, and free air? HEADACHE trying to figure it out! Lol As it stands, we flew to LA, from Boise, for free with the United Plus miles, (the only way I would choose to fly united, they are SO cranky and rude compared to Southwest!) and we are staying in Paris, for free with Marriott
Reward Points; which was a pretty clear cut choice, as everything around there is very expensive!

Since we are to eventually end up in Rome for the cruise, I looked at the map and saw that Lyon was about halfway between Paris and Rome, so we will be going there next; flying, once you are in Europe is relatively inexpensive, yet researching airports and airlines took me FOREVER!! I believe this flight is on Ryan Air. Found a LOVELY hotel, which will be our "splurge".

Next on the agenda is Rome; we found an apartment with two bedrooms and two baths, since our friends will be joining us at this point. It is centrally located and looks fabulous; plus it has a washer and dryer and a kitchen!! Whoo Hoo SCORE!

After all of this jaunting around, I am SO looking forward to getting on the cruise and allowing
someone else to be in charge. Once we get off the ship, we will stay one more night in Rome (using Hilton points)
and then fly to London; getting closer to home, to shorten the flight, of course!

We will be staying in a centrally located apartment in London, as well. I purchased a London Pass, so I am very excited to use it!

We then board Norwegian Air for New York (non-stop) where we will spend two nights, with Hilton points, before flying home on American points!

What a chore it was, but I am so excited to enjoy every single minute. The planning took me at least a month; things that I considered, along with the obvious flights and lodging, was how do we get from the airport to where we were staying, and it isn't always the same airport arriving and exiting, so you have to be careful.

Of course, with this much travel, there is a TON of paperwork, and being that I am visual, and have a dumb phone, I like to have it all in my hot little had. so what I did was to use those sleeve covers for every leg of our trip and typed out a master agenda so I would know where and when we were going, so instead of having to shuffle through a stack of papers, every thing for each location is easily accessible; all proof of payments, and confirmation numbers.

thus far, we made it to my daughters and will spend the next few days visiting with her, my grandson and my youngest son.

YIKEs! Hope to keep you updates and will report on the packing process soon...trying to cover all bases, was not an easy task!

PS I also made certain to request a wheelchair, so as not to completely tire myself out on the mundane!
Posted by Michele at 12:32 PM