CML May Slow Me Down; But It Won’t Stop Me!!


As much as I would love to be up and out the door, bright and early in the morning, I have resigned myself to the fact that it just isn’t in the cards at the moment; doesn’t matter where I am. Last night we both slept like rocks and didn’t get up until noon-thirty! So we changed our plans of going to Versailles and decided to Museum/Church hop instead. 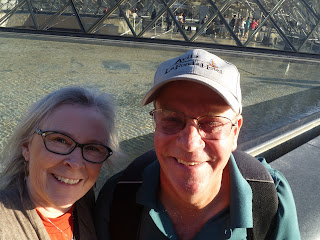 Yesterday we passed by a lovely bakery, in the heart of Paris and decided to go there for “breakfast”; the croissant was amazing and I had the best cup of coffee since I left home; Amen to that! I also got a chocolate croissant for later (Joe had his for breakfast, lol), three croissants and one café au lait and seven euros later, and we were on our way. 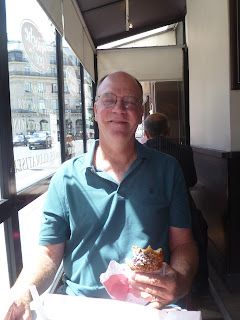 Since we have become such masters, of the Metro, we hit the train and headed over to Sainte-Chapelle. I can hardly believe the craftsmanship that went into building that chapel, in the 13th century. The stained glass was truly mesmerizing; panel after panel of beauty, seen by millions of eyes. I cannot even begin to describe the feeling you get, standing in the middle of the chapel. 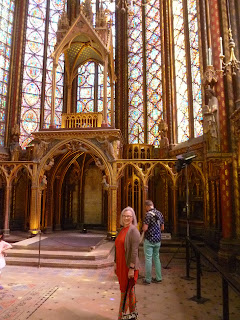 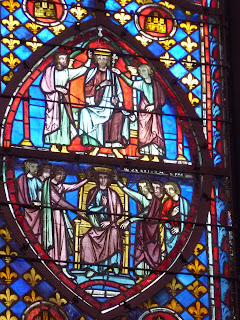 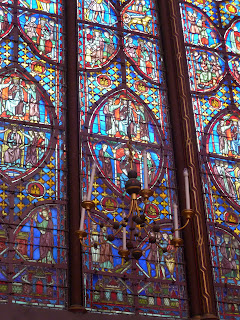 The stairs going up and coming down from it were another story altogether; they were spiral, steep and too small for my big feet! It is a wonder that I did not tumbled to the bottom and end in a lump! I cannot even begin to remember the last time I have climbed so many stairs; stair in, out and around the Metro, stairs in the museums and churches, stairs in the Eiffel Tower and stairs to the boat and on the boat! So glad that I am off my Sprycel this week; I have become quite the warrior at breathing with one lung!

After leaving Sainte-Chapelle, we decided to walk around a bit and head towards Notre Dame for one last look. We found a street that had nothing but flower and garden shops, where we found an amazing bell to bring home to hang on the front porch; poor Joe had to carry it, all day; thank goodness for backpacks! 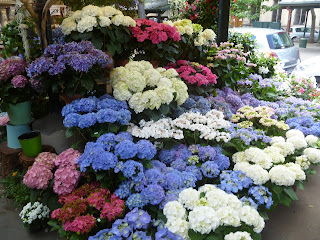 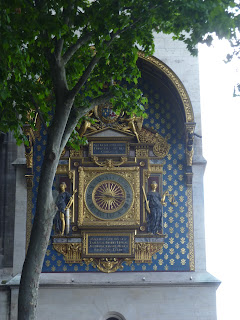 While at Notre-Dame, we saw that in our Paris Pass booklet there was a Crypte archeologique du Parvis, so we thought why not? After walking the entire way around Notre-Dame, we found it, tucked up in the corner, way out front. In the Crypt, you could see the foundations of Paris, from Antiquity, the Midieval and the Classical Age; fascinating, but a bit warm, so we blew through it quickly. 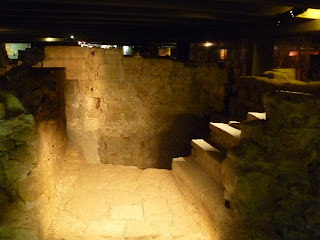 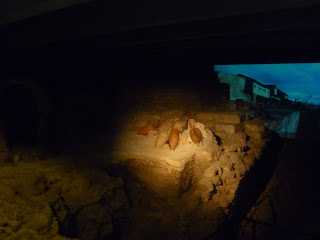 Back on the Metro, two stops away and we were visiting Mona, at the Lourve, where we spent the next three or so hours. I saw so many paintings, sculptures, niks and naks, from DaVinci, of course, and so many other artists that I have never even heard of, that my head is still spinning. Not only from the artwork, but from the building itself; those CEILINGS and WALLS! Holy Cow! There are just no words to describe the beauty. 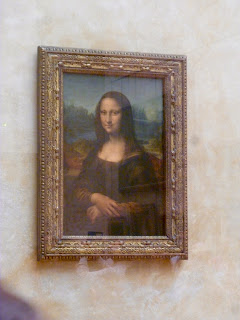 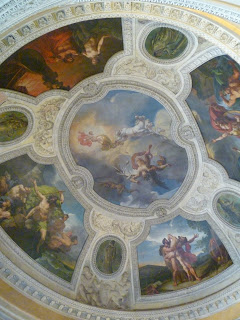 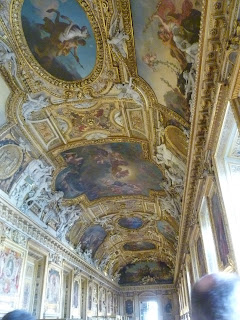 That is until you walk into the “Roman-Room”; what the heck and how in the world did they allow an American painter paint to paint that ceiling! It was BAD; SO bad that it was not even picture worthy…..you will have to trust me on that one! 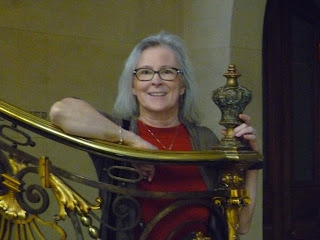 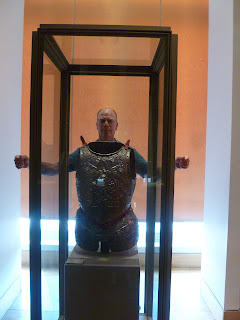 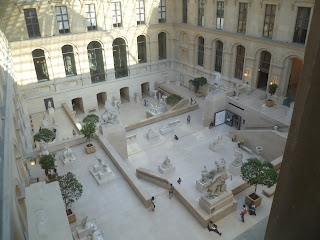 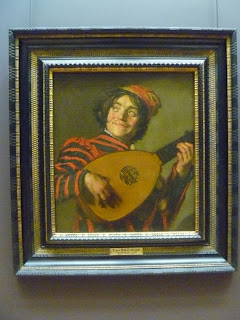 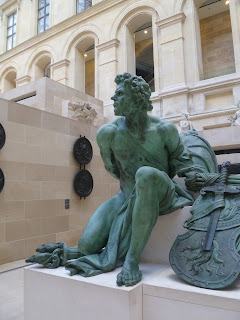 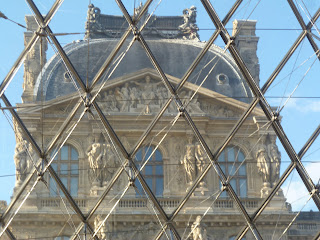 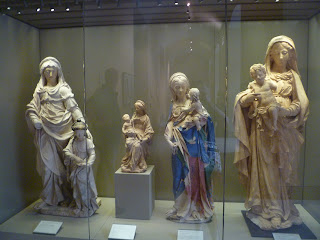 By then, my hair was starting to hurt, so we decided to go “home” and have dinner at one of the little Bistros near our hotel; which is fortunately a little ways out of the city, on a tree lined street. Which after a long day of noise, is so very welcoming to our ears. I decided on lasagna, and of course BREAD! What I didn’t realize was that a salad was included, so by the time I got to the main course, I was already stuffed! All of this for eleven euros; we are not finding Paris expensive, or rude, and we have had nothing but pleasant experiences with everyone. 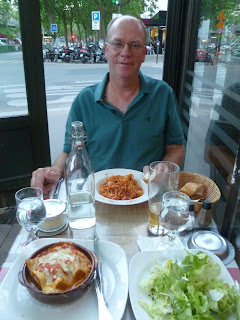 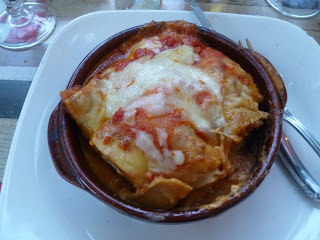 Since I had barely eaten my lasagna, I asked the waiter to “wrap it up” and rubbed my tummy, as in “I am STUFFED” and he smiled and asked me a question, I had no idea what he had said so I just smiled. He returned with two small glasses of something yellow with one square ice cube in it; if you know Paris, you know that that is unusual; they rarely use ice.  Said thank you and tasted it; I haven’t a clue what it was, but Joe and I both drank it down; and burped! HAHAHA…funny!  I am guessing that it was some sort of liqueur, and it was “on the house”, “free of charge”! Nuts, right? 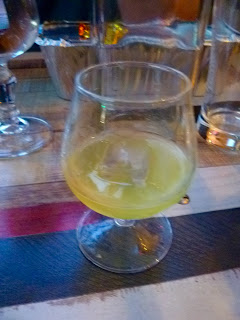 So, ends another day in Paris, and like sands through an hour glass; THESE are the Days of Our Lives! Lol 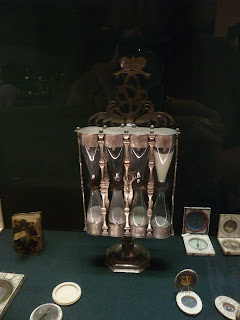