Dubrovnik Brought me to Tears!


This morning was a good morning! I was literally like a two year old on Christmas morning, I started looking out the window at 6:30 am (anyone that knows me, knows this is not my norm) I was so excited seeing land, that I woke Joe up around 7:30 and said “Let’s GO!” I am not sure he was quite as excited as I was, but he did get up! My legs and feet are nearly fully recovered and I feel like dancing, as I am so excited!! Our plan is to visit Dubrovnik, without over doing it. 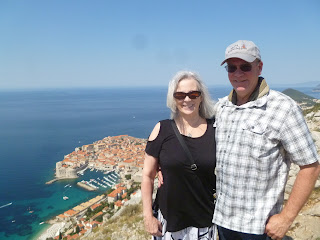 We went and had breakfast in the dining room; eggs Benedict for me and it was delicious; always a good thing to be fully fueled when leaving the ship. A quick trip back to our room for our stuff; Chilly Pad, Hydro with water, a few snacks, camera, umbrella, sun screen and chapstick, and we were on our way. 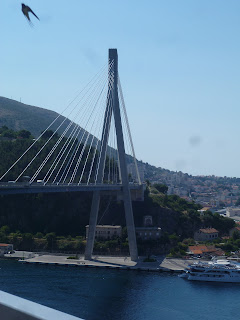 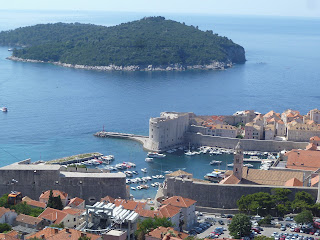 Since they started allowing the hoards of people off the ship a few hours ago, we were able to walk off at our leisure. I am not great at waiting in lines, for my legs and feet, as well as my nature!lol We quickly found a local cab and asked how much for a trip into old town; 13 euros, for the four of us; much less than the 15 euros each person that the ship wanted for taxi fare. I find that cruise ships tend to WAY over charge for their excursions, and they are always in such cattle call fashion, that I avoid them,

We asked our driver how much more it would be to drive us around to all of the tourist “hot spots” and he said he would do it for 50 euro, and then drop us at old town. We vehemently agreed, and took off. It was SO beautiful, it literally brought me to tears; the water was so, so blue and clear, and the architecture SO amazing and old. 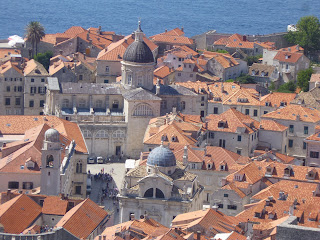 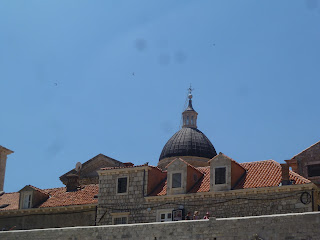 He took us up this tiny, winding road, where when cars were coming down, one of us had to pull over to the side of the road, in order to pass. We were on the cliff side, with very few guard rails, so it was a little freaky, but the view was like no other! Apparently, this had been Yugoslavia, at some point, and if I am not mistaken, my one of my mother’s grandmothers (greats) had lived here. I could barely stop the tears for the beauty. 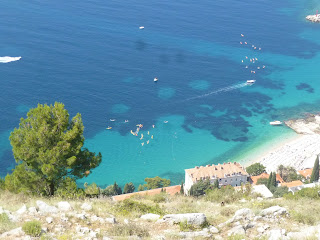 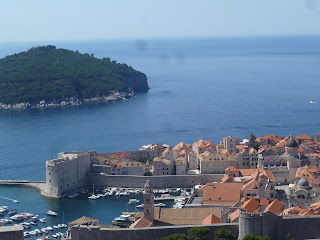 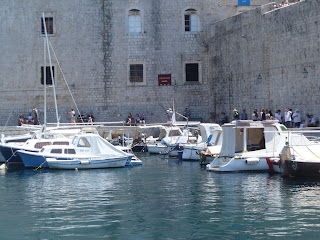 Apparently we were only ten minutes from Bosnia; which was an interesting trivia fact. He stopped the taxi many times and allowed us to take photos, as well as, taking photos, for us too. This tour was worth every penny and I didn’t want it to ever come to an end! 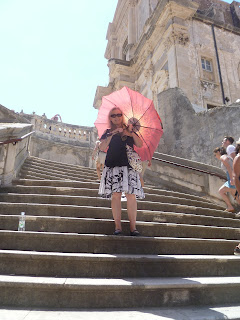 We left the top of the mountain, and shortly arrived in the old town section of Dubrovnik, which is behind vey large, walls. We walked under an arch and could see the mechanism that was used to raise and lower the draw bridge. The center of the square, was full of very old, elaborate stone buildings and churches; I just marvel at the sheer fact that not only are these buildings still standing, but how, in the world, were they ever built in the first place? The are HUGE! So tall, and made from marble, granite and concrete; how did they even get them built, and build them to remain, still mostly intact, hundreds, and hundreds of years later, a true wonder for me. And the cobbled streets! Everything, breathtakingly, beautiful. 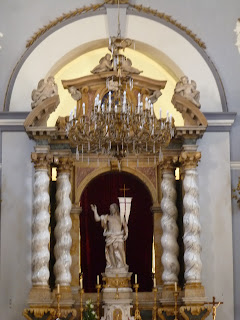 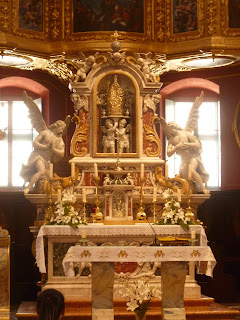 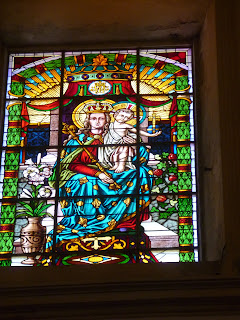 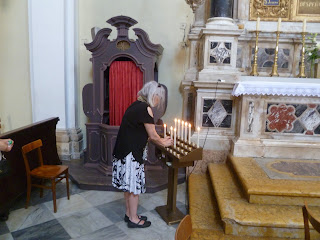 Another thing I love, are all of the side streets and alley ways; people just set up shop in the craziest places; restaurants gelato shops, bakeries, candy stores and people peddling wares of all types. And then there are the balconies, where people live, with flowers pouring from pots, with laundry strung across the alley! I do not know why all of this is so appealing to me, but it is! Lol 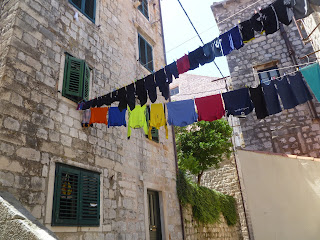 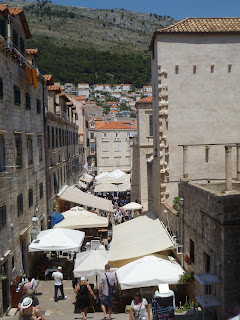 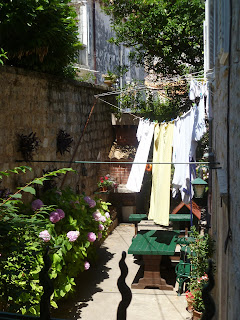 We walked around for a few hours, went into a few gorgeous churches, my fam now has candles burning all across Europe, and then decided to take a break; beer for the boys, ice tea for the girls! Lol I am not sure they were thrilled that we actually wanted ice, but they did give it to us. They also had internet and a bathroom, so it was a total score!  We took the time to cool down, catch up with news from home, and people watch; so much fun! Legs and feet, feeling pretty good, thank goodness. 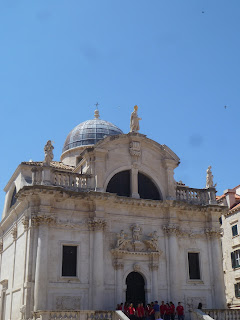 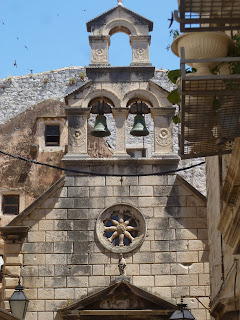 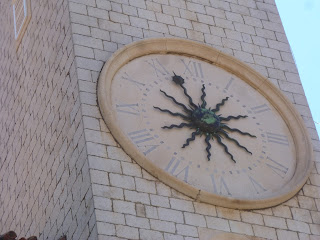 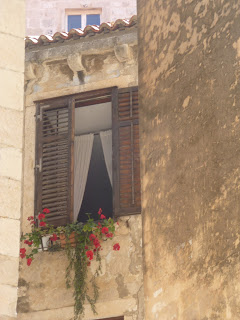 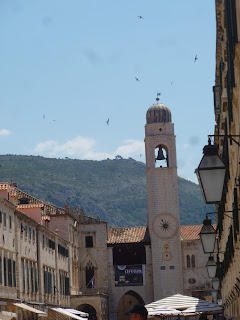 We walked around a bit more, enjoying the sights, but hoping to not over do it, we took a taxi back to the ship, to relax, before dinner; it was an incredible day in Dubrovnik, and despite it being considerably more expensive than Paris, I could spend much more time here.

We had a great time at dinner with our friends, and even saw the show, for a change. It was a couple, that did a cirque du soule’ type performance; they were phenomenal! We enjoyed it immensely, and then went to bed; tomorrow is Venice! Whoo Hoo!