Paris is Far Away! 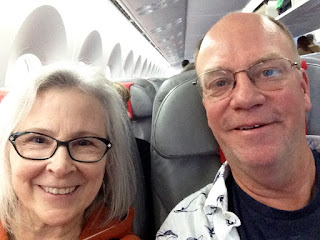 Our flight took off right on time; the seats were quite comfortable, but not nearly as much room as I had anticipated. Fortunately we were able to pre-board and get situated; knitting, pillow, chocolate, water bottle, crappy Starbuck’s coffee, blanket and sweatshirt! There is a whole lot of preparation to do for and almost eleven hour flight! Lol 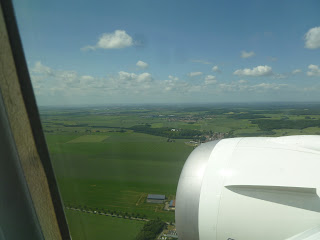 No sooner did we take off and I realized that my book was under the seat in front of me, as well as my ear plugs and eye mask. So after about an hour, I pretzel-ed my way into my carry on bag; After playing one game of solitaire and doing one small puzzle on the back of the seat in front of me, I decided to play with the map, that showed us our route, and where we were currently flying. I thought this was very cool and checked out tourist destinations,  in Paris and Rome. My arm shortly became fatigued and my hand fell asleep, so I decided to watch a movie. 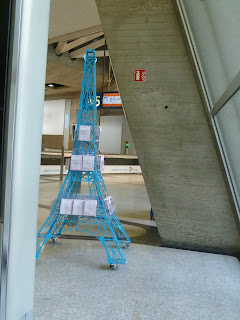 I picked “Girl on a Train”, and watched it with one ear phone, as the other one did not work; annoying! Movies wasn’t very good either. But not to dismay; dinner! Chicken fajitas in a box! LOL It was edible, and the cake in the jar was actually quite good.

It was now around 11 pm, LA time, so I “thought” that I should try and get some sleep; problem  with that was that the babies on the plane decided that now was the perfect time to wake up. There were several across from us, so we played peekaboo and waved for awhile. 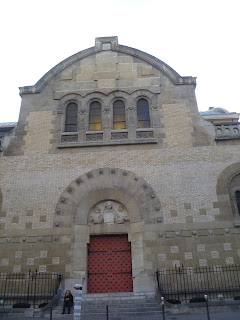 I shortly grew tired of that activity, and figured I would have one more swig of Airborne and try to sleep. I flipped open the top of my Hydro-flask and a volcano of liquid came flying out!! I am talking straight up to the ceiling of the plane, all over the window, all over my pillow, and all over me!

Thank God for a good sense of humor and the fact that I wasn’t pointing the flip top towards my face! What a mess!

Excitement over, turn off the lights, put in the ear plugs and try to sleep; Yes, I was too afraid to use the sleep meds! Lol Babies in front of us, beside us, and behind us begin their all night serenade. 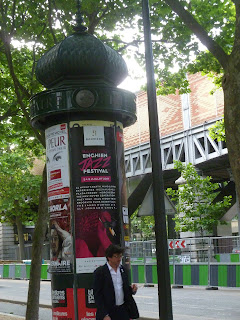 They literally, either cried or yelled ALL NIGHT LONG! Those poor parents, those poor babies and all of us poor passengers flew over 5000 miles with screaming kiddos! NO fun, had by all! And very litte sleep by me, or them!

Flying into Paris was a sea of green; it was remarkable, and interesting in the sense that it wasn’t all grids. There were forests and green fields with small towns interspersed; very pretty.

Norwegian rocked it and had a wheelchair waiting, thank goodness! The gentleman took us quite a distance to customs, where there was absolutely no wait; I was very grateful for the ride, because what was to come was quite a challenge! Lol

We found the train quite easily, and Joe bought us four metro tickets; not realizing we were leaving from a different airport. I had quite the time trying to sell the extra two, which were ten euros each, to other passengers. I think that the tourists thought we were trying to rip them off. Finally sold one to a “local” and the other to the guy that sat next to Joe one the plane.

That train ride was fairly easy to navigate and we got on the “B” line into Paris; a gentleman across from us offered to help us and he realized we were getting off at the same stop.We tried to chat with his broken English and were grateful for his help. It was about a 45 minute ride in which we saw bunches of cool old buildings, rock homes and TONs of graffiti!

The next little jaunt was not as pleasant and we could have easily gotten on the wrong train, as we had to change to the “6” Metro, which was down two flights of stairs, up two more,  and then down another one; all lugging luggage! Lol Joe with the big suitcases and me with the little ones! What a site that must have been….but we did it!

We thought that since we were changing from the train to the Metro, that we needed a different ticket to get on, but could not find a ticket machine anywhere; this guy, from the other side of the turnstiles called Joe over and tried to sell him a ticket; this gal came running over and yelled at the guy to “get out of here” and told us to NEVER buy a ticket from anyone, he was trying to rip us off. The ticket we had was all of the way to the end of our line. She helped us through the gate with our luggage and showed us where to go; she was very kind and helpful.

Once on the correct platform, we literally squeezed onto the train, which was packed like sardines; and fortunately, we only had two stops and three staircases to go. The walk to our hotel was short, and we made it in one piece. 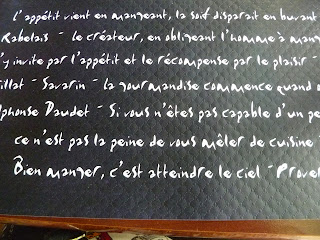 All checked in and we were starving, so we headed out into the street; we took a long walk of left turns and ended up at a lovely little Bistro; the food was fabulous, and unfortunately the only thing i got a photo of was the place mat! Lol once the food arrived, we ate it so fast that I didn’t even think of the photo op until we had destroyed the beautiful plates of food! 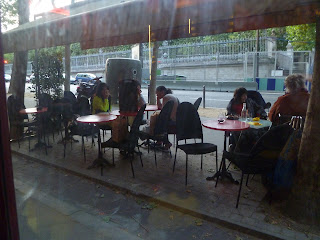 We had an onion pie and salad, and scallops on top of some sort of squash-y, onion-y, tomato-y stuff and it was to die for! Not to mention the BREAD!!! Chewy baguettes with “French” butter! Lol The owner told us it was the best butter because it was french.

We hope to go there tomorrow night for desert, which he told us he would give us a discount because we tipped toooo much! $3euro, on a $48 euro bill. I know they don’t tip very much here, and he said that it was because his employees are paid a good wage, and they do not depend on tips like we do in the USA; he really was a bit uncomfortable, I believe.

We grabbed a few things from the market for the morning and Joe is already snoring, So I am hoping to sleep now, too.

Three in the afternoon in LA; Midnight here. Time for bed! It has been a LONG day!