Competing with Leukemia after Flying; No Fun! Just Call Me the Black Panty Girl! 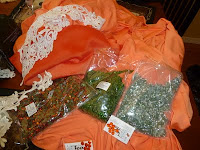 Typically when I compete, it is at 8:00 am, with warm ups at 7:00 am. Luckily at this competition we didn't need to be in the ballroom until 9:30, which was a huge relief. I slept well and woke up feeling OK. I had actually managed to finish sewing and stoning my new costume and I thought that it was going to be a great day. Wrong!
By the time that I got to the ballroom, I had that achy, fevery feeling, so I took an Ibuprofen. We had also decided to delay my daily dose of Sprycel (Dasatinib) until later in the day. Joe actually came up with this brilliant theory; if I take Sprycel at my “normal” time, 10:00 am; I usually start feeling crappy around 3:00 pm, about five hours after I take it. Usually, I start feeling better around 9 or 10 pm; so, he suggested that I try to start taking it at 10:00 pm, right before I go to bed, that way I would sleep through the “yucky” part. Worth a try, right?
Anyway, back to the ballroom; besides feeling a bit achy and extremely tired, I realized that I had left my brain back in bed, still sound asleep. I was present in body, but not in mind. It was the strangest feeling; it was as though my head was completely vacant .I actually felt a bit like I feel when I need a shot of Neupogen. The only other time that I have experienced that vacant-ness was when I was actually in the hospital going through chemotherapy. I was very odd and disconcerting.
I seemed to do alright during warm up’s, despite not having a brain and I remember walking out onto the floor for our first dance. I remember hearing the music, starting the dance and then all I remember was turning and turning and turning, thinking why in the world isn’t he picking up my hip! I knew that I must have blown out of the routine, yet I hadn’t a clue of when or where. Somehow, being the Pro that Joe is, he managed to pick me up, get us back into the routine and finish the dance with no one, the wiser. I apologized profusely and wondered how the rest of the day was going to play out. It was not a great start to the morning!
The next dance is a Polka, which ought to get the nerves out and wake me up, right? Nope, just as vacant as the last dance but fortunately I only had one mis-step and it was an easy, no-brainer fix. The day continued on this way for another two dances; a friend of mine then offered me a sip of that five hour energy stuff in a small bottle. I was a bit reluctant so I only took a small sip after making sure that there was no grapefruit in it.
Waltz was our next dance. It began with the same empty brain, but somewhere near the end I actually felt like myself. I knew where I was and I knew what I was doing. It was a miracle; a short lived miracle, but a miracle nonetheless. The clarity came about quite suddenly and left just as quickly. I spent the remaining part of the competition and the rest of the entire day in a foggy, I just don’t feel good, daze.
Now, for the topper of the entire day; After the competition, I approached one of my judges to ask for constructive criticism. I expected some sort of dance related tip, but instead, she asked me; “What in the world is up with those black panties???” Great, right? 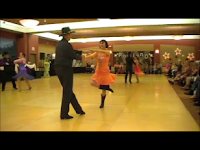 Now, let me explain; if you remember, I had previously bought material and a TON of rhinestones, a bathing suit pattern and some elastic. I put my imagination to work and made my own costume. The short skirt was almost to my knees so I thought that it was long enough to NOT show my panties. It actually has a full bathing suit/body suit underneath the outer costume, so there was absolutely no reason for my “black dance panties” anyways; I had actually put them on without even thinking about it, as I had worn them in all of my other previous competitions.
As it turns out, the bottom couple of inches of the black, dance panties were sticking out below the leg of the orange ( in recognition of leukemia), body suit. Mind you, I had previously asked four different people if my skirt was too short, or went up to high when I turned. “Did everything look ok?” Every one of them said, “No, it didn’t go up to high and everything looks just fine.”
Thanks guys, for NOT mentioning the black panties!!  I am now, and forever will be; “The Black Panty Girl!” A perfect ending to a not so perfect day! It seems as though I gave many dancers’ something to talk about for the entire weekend.
Despite my complete out of body experience I finished second overall; more importantly I danced better than I did at my last competition and managed to compete in all eight dances instead of only five. Nowhere to go but up, right?


Be sure to watch for the Black Panties!!