Private Tour: Our Lady of Victory; National Shrine and Basilica 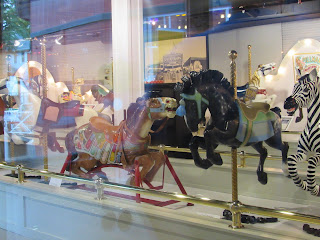 After the funeral and Chowder Fest, we decided we still had a bit of time left in the day, so we headed to the Basilica in Buffalo. Since we did not have an address, and still have a dumb phone, we were not sure where to go.

We could not locate the church on our GPS, so we headed to the Herschell Carrousel Factory Museum, and figured we would go from there. The museum was actually closed, with the exception of the birthday party that was just about to begin.

What a great place for a birthday party! What little kid would want to spend their birthday surrounded by carrousels??

Even though we did not get to go through the whole museum, the lady in the gift shop allowed us to take a sneak peek while she looked up the address of the basilica. 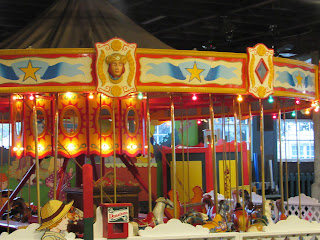 I loved seeing so many old, original hand-carved horses, and hearing the music from the carousel, as it went round and round. Apparently, the museum and factory have been around since the 1890s and houses many original carrousel horses.

Fortunately, the woman in the gift shop was able to find the address for the church and we were on our way. Shortly, we arrived at a Basilica that was just as amazing as many we had seen in Europe. Both the inside and the outside were stunning, with tons of marble and sculptures. The stained glass was gorgeous, and the altar was regal.

Once mass was over (yes, par for the course) we were able to walk around the inside of the church all by ourselves and were fully immersed in its' beauty. In the back, there was a guest book that we were browsing through to see where others, that had visited, had come from. There were people from all over the world, as well as a couple from Nampa, Idaho, right down the road from where we live! 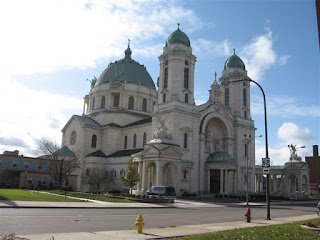 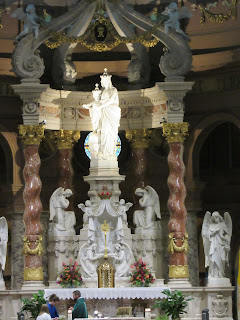 He proceeded to tell us about the church and the man that built it; Father Baker, whose church is currently petitioning to canonize him for all of his acts of miracles and good works. He took us to a spot where it is claimed that he spent many hours a day, just staring at a statue of the Blessed Virgin and Jesus, he would then go and put his hand near the statue, before walking away. 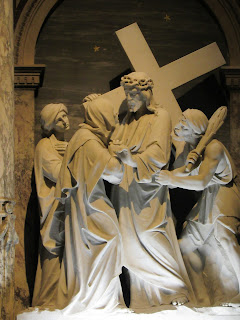 There was an indent in the marble where many have followed suit. The gentleman, giving us the private tour claims to have had his shoulder healed by standing in that spot and praying. You know I stood there and I prayed REAL hard.

Oddly enough, I did not pray for my leukemia to be cured, but I did pray for direction, acceptance of His will, and understanding of whatever He throws my way. I did say that He could throw me a bone and make my back feel better though! lol So you never know, but if I am ever "cured" aka in treatment-free remission, you know I will remember this day! 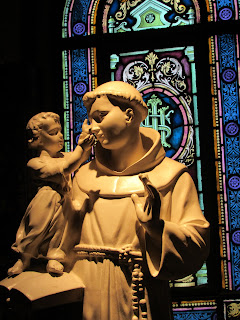 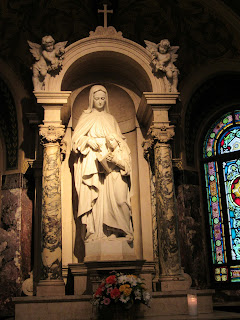 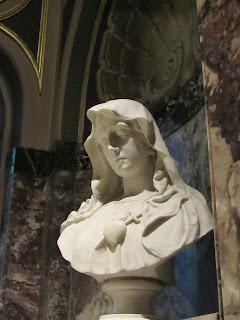 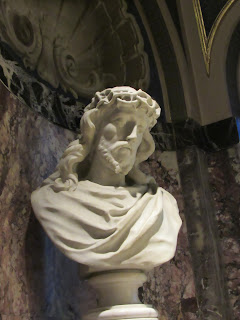 We continued through the church hearing healing story, after healing story, in addition to how the church was built with no building fund, but a whole lot of Faith, in three short years, for $3.5 million. There have been apparitions, and many have seen angels and the Blessed Mother on film. Some have also claimed to see Father Baker, who now rests inside the church. 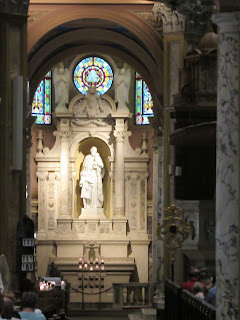 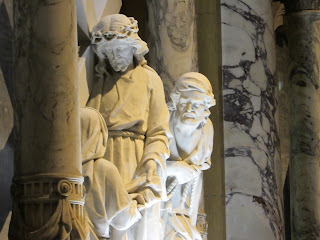 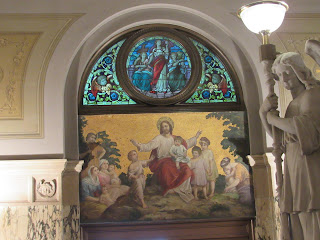 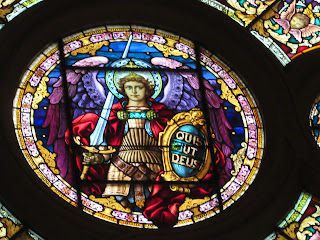 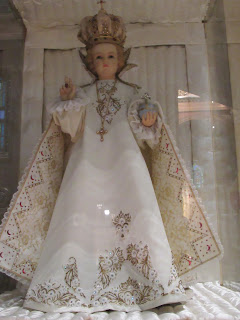 Our gracious tour guide took us back to the original Baptistery, and all around the life-sized stations of the cross. He explained that there were three orphanages and a school for abandoned children and reiterated time and time again just how special Father Baker was. He lived a humble life, until his death at 94. 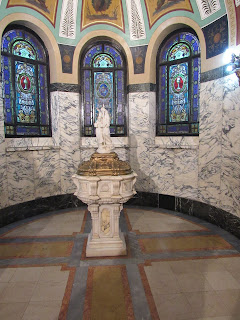 We cannot believe how lucky we were to have been given such a personal, private tour of a very special place, by happenstance, and I marvel at how many times in my life I have been given an unexpected gift, such as this tour, and I am ever so grateful.