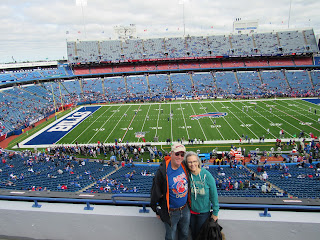 Throughout my entire life, my father remained a Buffalo Bills fan. My husband even inherited a vintage (lol) t-shirt from my father, which he, of course, brought with him on this trip. I pretty much figured he would like to go to a Bills game, but once I found out that they were playing the Patriots, it was a done deal!

Buying tickets on Ticketmaster the night before the game wasn't nearly as outrageous as I thought it might be, and we scored tickets, up high, but on the 50 yard-line for $140! Not too bad
considering.....sometimes when once in a lifetime opportunities come along, you just have to jump on them!

I was probably more excited than Joe! As we drove to the stadium, I was relieved to see so many Patriots fans; and grateful I wasn't the only one. 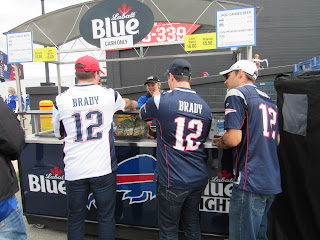 I don't know what it is about going to live events, but they make my heart sing and my face hurt from smiling so much! The National Anthem gave me goosebumps and the fighter planes flying over, along with cannons shooting made me proud to be an American! 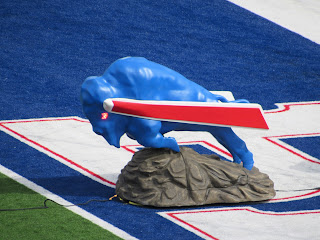 I loved every minute of the game and enjoyed watching a couple get married during half -time. I seriously think the gal was more excited than the guy.  Apparently, they won a contest and even scored Superbowl tickets. 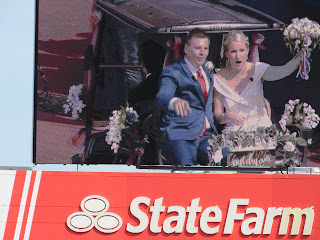 The fan behind us had zero impulse control and literally banged on Joe's seatback until he eventually broke it. Fortunately, he and I had agreed to disagree on who was going to be sad at the end of the game.

As luck would have it, it was him, because the Patriots DID manage to win! 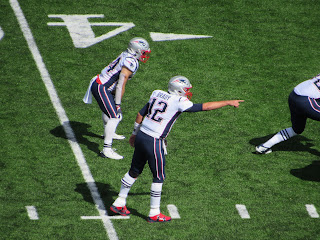 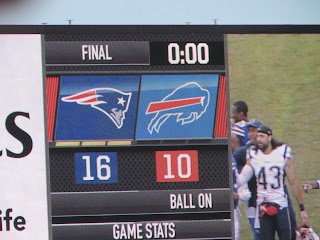 Getting in and out of the stadium was easier than I had anticipated, yet there was still a bit of traffic.

On our way back "home", we decided to stop for some Polish food at the Polish Villa. I had amazing perogies and sweet and sour cabbage, and Joe had kielbasa, cabbage, and parsley potatoes. It was so, so good!

It was such a great day, and I was shocked at how exhausted I was when I got back to our room.

Oddly enough, my back was none worse for the wear; maybe my little prayer worked?