Have You Heard About the 737 Max 8 Planes Being Grounded? 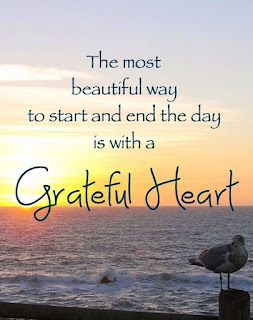 Well! Southwest Airlines is our preferred airlines, and I have utter faith in their pilots, but when my friend Cindy told me another 737 Max 8 plane had gone down, I was a bit curious whether or not we would be flying on one of the planes that so many airlines had grounded.

I wasn't too freaked out and figured that we would be fines, as I just didn't feel as though today was my day, but I have to tell you that just about as we were to touch ground in Denver, I heard the engines of the plane rev up, and we began to accelerate and head back into the air.

My heart started to pound a bit, and my stomach started to roll, as we went up, up and away, into the wide blue yonder, AWAY from the airport!

I wanted to shout, "HEY! What's going on?" but I just sat there, staring out of the window.
Thankfully, after about five minutes, we began to turn and head back to the airport, for a second shot at landing; which gratefully we did, with no problem.

Feeling quite relieved, I was secretly praying that our next flight would NOT be a 737 Max 8!
Our two landing tries made us almost late for our connecting flight and I was eternally grateful that I had a wheelchair ordered for the transfer, as in typical "Michele" fashion, we were at the very last gate. As we "pulled up" to the gate attendants asked if we were the couple from Boise, and we said yes! They were just getting ready to save us a seat; apparently, they knew we were "late".

After hobbling down the aisle, with no time to purchase food, go to the bathroom or stretch my jelly legs, I settled into my seat and looked in the seat back to see if they had any meals or snacks for purchase.

Much to my dismay, all I found was a GREAT BIG folder with 737 MAX  8 on it and all I could think was, here we go again.

After getting off the plane, we headed to baggage and prayed there would be some sort of food venue open so we could get something to eat; as it had been a long day. Our only choice was an open Dunkin' Donuts: for those of you that really know me, you would know that I do not like donuts, BUT I was starving and still needed to take my BosFortunatelyanetly, they had other options. I chose a croissant, with brown sugar, chipotle bacon, an egg and maybe even some cheese. It was delicious and saved the day.

I was able to get some milk, eat, and take my Bosulif; life is good.

We had no trouble getting our shuttle to the DoubleTree, which is my favorite because they give you warm cookies at check-in, have a free shuttle and the room only cost $32 and 17,000 points which also includes an awesome breakfast, which due to my nausea in the morning, I can never eat, but Joe will enjoy. Needless to say, we are some happy travelers.

Hopefully, we will get a good nights rest and will be able to head into the city for a few hours, before boarding our plane, NOT a 737 MAX, to Barcelona at midnight.

On a side note; they grounded the planes shortly after we landed!