Our first full day in Scranton started out a little overcast but quickly turned sunny. After my brief encounter with my nanny and grandpa's house last night, I was highly motivated to return, so I had my poor husband drive me around to all of my old haunts! Back to nanny and grandpa's to get photos, over to gramma's (my father's mother) to get more photos (both long deceased) and photos of the hospital where I was born.

My Grandmother's home was still standing but certainly could have used some TLC. According to one of the neighbor's, who wondered what the heck we were doing, it now housed a "bunch of girls." And the hospital, across the street, was also still standing, but no longer functioned as a hospital.

I remembered the hills of Scranton as though I had never left, and marvelled at how everything seemed so familiar, despite decades gone by.

After sufficiently reacquainting myself with my past, we decided to go to the Trolley Museum to take a trolley ride. What a great little history lesson, especially the part about my husband's beloved LA Dodgers, who used to be the Brooklyn "Trolley" Dodgers!

You see, long ago, in order to get to a baseball game, people rode on trollies.  Since people were always crossing the trolly tracks; dodging the trollies, their team name was coined the Brooklyn Trolly Dodgers in 1895.HAHAHA

Who knew? Certainly, not me! 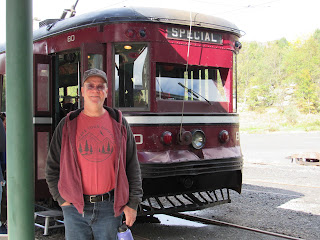 Another little tidbit that I learned on the trolly was that Scranton is known by the nickname, "The Electric City" because America's first electric trolly system was developed there in 1886. All of these trivia facts were new to me, as all I previously knew of Scranton was that I was born there and that my grandparents lived and died there.

The ride was a great way to see how people used to travel and took us through the woods, the city and down to a ballfield and I highly recommend the attraction, if you are ever in the Scranton area. 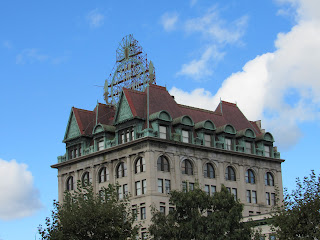 Next, we decided to check out the Lackawanna County Court House and grounds; it was just beautiful! So clean, with flowers everywhere; we strolled around and found a little diner and had lunch. Right across the street was "The Times" building where my father's father used to work. All of these memories kept popping up in my head. I tried to envision me, 53 years ago, strolling down these streets with my mother. It was so strange, yet so familiar.

After lunch, I had built up the courage to visit my nanny's gravesite; I had never been there, as I was only six when she died. Thanks to my sweet cousin, I had a map. He kindly circled the graves of my ancestors, and we headed to the cemetery. 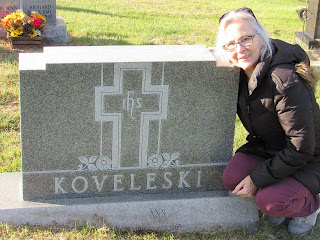 Finding her grave was easy. The feeling it gave me, not so much. I was a bit disgruntled and disappointed; her headstone was very plain with her last name across the front, and then down low on the base, her first name, the year of her birth, and the year of her death, and that was it! I expected so much more for someone that meant so much to me and was loved so greatly, by so many. The cemetery felt sterile and empty. It was a very lonely place. I left feeling unsettled.

Apparently, my grandfather had a girlfriend, at the time of my grandmother's death; evidently, there were "skeletons" in our closet! lol 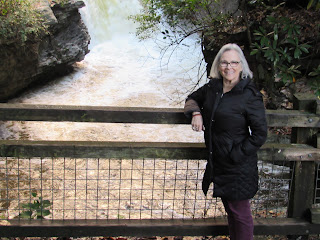 Since there was still a bit of daylight left, and I needed to brighten my mood, I drug us over to Nay Aug Park. Nay Aug was a place that my parents always took us when we used to visit PA. before my grandparents passed away. There used to be a zoo, now there is only the empty building, but there is a fabulous pool, water slides, and a tree house, built in a tree; I guess this is "progress", some things have changed, but so much was still the same.

The hiking trails were still lush and green, and we enjoyed walking down to the waterfall. I wish that we had had more time to explore the park, but it was getting dark, and I was exhausted. It was definitely time to head back to the hotel.

I felt quite satisfied with our day, as we had hit all of the important landmarks that I had wanted to visit while in Scranton; I was amazed at how so many memories, from when I was a very little girl, were still embedded in my soul.

It was a good day. 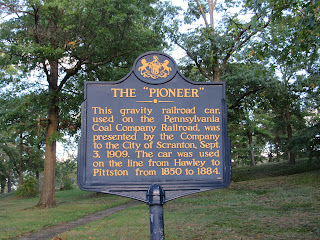 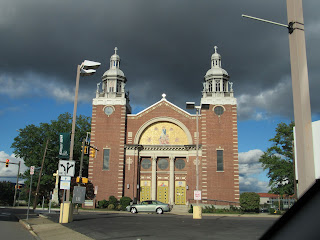 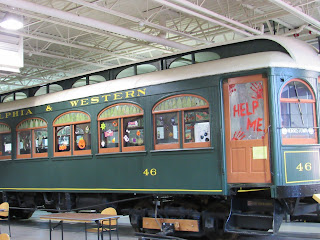 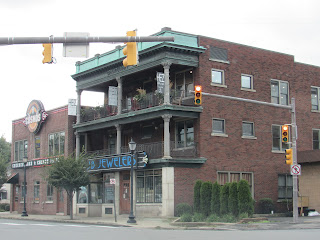 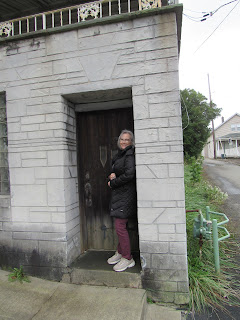 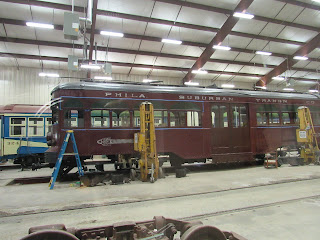 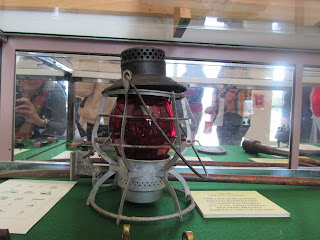 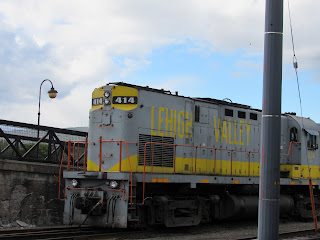 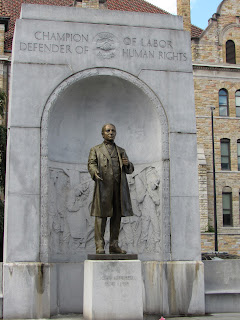 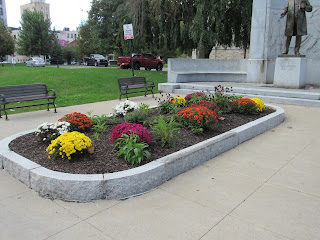