The Ever Increasing BCR-ABL: A Synopsis 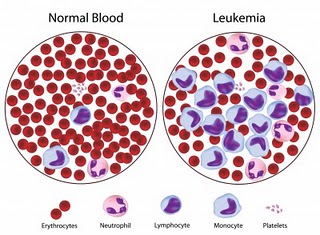 I was diagnosed with Chronic Myelogenous Leukemia on February 8, 2011. I was hospitalized, treated with Cytarabine and leukapheresis to reduce my white blood count, which was 385,000; 4,000-10,000 is considered normal.

When my white blood cell count was reduced to 98,000, I was allowed to leave the hospital and continue my treatment orally, with a drug called Dasatinib; or Sprycel. I was to be monitored weekly by blood draws, with a bone marrow biopsy to follow, six months down the road. Fortunately, my white cells continued to decrease and my PCR, which is a test that measures the amount of disease in my bone marrow, continued to decrease as well. In December of 2011, I reached to coveted goal of a “negative” PCR. I was thrilled, yet a bit apprehensive as my oncologist said not to get too excited, until I had two negatives in a row; he felt that I had reached the “negative” phase a bit prematurely; statistically speaking.

Unfortunately, he was correct and my PCR, taken three months later was out of the negative, and higher than it had ever been, since being diagnosed; it was 8.9x10-4. Talk about depressing! My oncologist upped my Sprycel dosage and I waited three months, till my next PCR test. It was good news, it appeared that we were back on track and my PCR test had gone back down; not negative, but in the correct direction, it was 1.15x10-4. My oncologist and I figured that the negative was likely a lab error, as was the 8.9x10-4, and that the current PCR test was probably quite accurate and in line with my current slow and steady, downward trend.

We felt as though we had dialed in the correct dosage of medication and would just have to play the “wait and see” game, that all of us with CML live with, on a daily basis. Fast forward three months and once again, I had an increase in my BCR-ABL; it was now 3.89x10-4, almost exactly where it was one year prior: meaning that I had made no progress in an entire year.

I was totally bummed and discouraged. You see, the ultimate goal is to reach a negative PCR during your first two years of treatment; that is the best possible scenario; the dream, the goal. The fact that I was quickly approaching the two year mark and headed in the wrong direction was devastating, to me.

Once again, I had to wait and hope and pray; for three months. I had to hope that my next PCR would begin to trend down, not up. This, once again was not the case; my PCR went right on up to 5.92x10-4. My oncologist and I were both baffled; and concerned.