The Increase of Sprycel; My Life Saving Medication 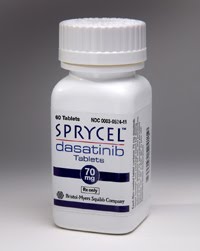 I have decided to take the positive road on my increase of medication. Now, instead of having to take Sprycel six days a week, I will only have to take it five days a week. Yes, it is a larger dose, but it is still only five days a week. So far, the only real ill effects of the increase in milligrams are that I now start my tired, “flu-ish” feeling, a bit earlier in the day. My witching hour used to be around three or four o’clock in the afternoon and it is now beginning around one o’clock in the afternoon. Not great , since I rarely drag my bum out of bed before 10:30 or 11:00 am, as it currently stands!

The only other annoyance that I am really noticing, at this point, is that my hair is starting to fall out again. It was finally starting to grow and to look more “normal”, so the extra hair floating all over the house is not a welcome site. I have warned Joe to use extra caution, when consuming his meals. On the upside, I will save money on shampoo and conditioner!

I am hoping that by increasing my intake of Sprycel, my Brc-Abl gene will respond by reducing its’ numbers, in a big way! I have a slight concern that keeps rearing its’ big, ugly head in the back of my brain; that I am becoming intolerant to the medication, that is my lifeline. It is a scary, but realistic fear. 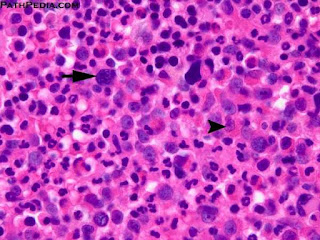 Chronic Myelogenous Leukemia is a type of leukemia that is caused by a chromosomal switch. My number nine and my number twenty-two chromosome, for some strange reason, decided to swap places, creating a new chromosome called the Philadelphia Chromosome. This Philadelphia Chromosome results in my bone marrow making an abundant amount of immature white blood cells, which not only crowd out healthy red blood cells and platelets, but also do not allow my marrow to make healthy white cells, either. It is kind of like a switch that used to have the ability turn off and on as needed, that now, because of the presence of the Philadelphia Chromosome, is stuck in the “ON” position.

Sprycel is a “TKI”, also known as a tyrosine kinase inhibitor. This inhibitor is what keeps people with CML alive. It prevents the chromosomal switch, so that your bone marrow is able to keep the healthy balance of white cells, red cells and platelets in balance. Sometimes, the Bcr-Abl protein is smarter and stronger than the medication, and it mutates into another gene, and once again takes over the bone marrow. This is the “red-eyed monster” that scares me. Without a TKI that is able to block this protein, the only other choice is a bone marrow transplant.

So, for right now, I am just going to focus on the increase in Sprycel as a “good” thing and that it is going to begin reducing my Bcr-Abl gene; again. If it does not, there are other TKI’s that are on the market; three new ones Bosutinb, Ponatinib and Synribo and two old ones; Gleevec and Tasigna. I know very little about the new ones, other than they have very recently been approved for use in the United States and what I know about the older ones is that they come with much more,  severe side effects, than the Sprycel.  I suppose that that leaves me keeping my fingers crossed that the Sprycel will begin, to once again, do its’ job.