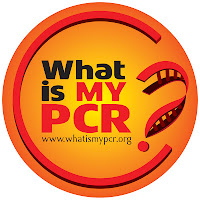 I am not certain whether it has been the move, settling in, all of the traveling or just plain denial; but it has been quite some time since I last updated all of you. As you may remember, last March my Polymerase  Chain Reaction (PCR) test came back a bit higher than the previous test; my doctor was not overly concerned and felt that it was within “lab error” and decided to wait until my next PCR, two months later, to see if I was in an upward trend, status quo or back on track.

Unfortunately, my next PCR test revealed that I am on a bit of an upward trend; meaning that instead of my Bcr-Abl gene decreasing, it is increasing.  My test in May was 1.15 x 10-4 and my test in August was 3.89 x 10-4; not a huge increase, but three steady increases in a row, nonetheless. This came as a bit of a blow, as I have been decreasing my Bcr-Abl in leaps and bounds since I had started taking my Sprycel, eighteen months ago. It never even occurred to me that this might happen. I simply believed that I was just going to skate my way, right into negative territory, and stay there. It now seems that this is not going to be the case, and that changes are going to have to be made. 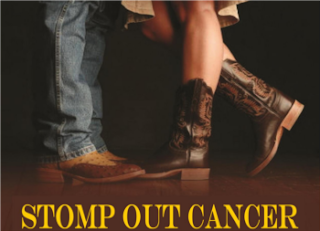 I had never factored in a change of plans; never considered that my cancer had the ability to stomp its’ ugly feet and say “NO! You are not always going to win; I am still here, lurking in your body and may surface at any time. You had better not forget it, and you had better get used to it!”

It is not easy, accepting the fact, that as much as I believed that there would never be any complications or set-backs, I am only deluding myself. I must now pick up the boot-straps, look in the mirror and simply say, “OK, you win this round, but the next one is mine!” I must put my “face reality” hat on and accept the fact that I am not always going to win every battle.

For the past eighteen months, I have been counting down the days, until I could reduce my medication; it seems as though I should have been counting the days that it was actually doing its’ job, instead. Since my last three PCR results have been increasing, instead of decreasing, I am going to have to increase my dosage of Sprycel from 100mg, six days a week, to 140mg, five days a week. I realize that this only increases my intake of Sprycel 100mg per week, but because of the side effects and strength of this drug, my doctor wants to take “baby” steps. He wants to determine the lowest possible dose to decrease the PCR-Abl gene, with the least amount of damage, to the other organs in my body.

This is definitely not something that I had anticipated; I was impatiently waiting for the big “D”ecrease to come, when in fact, I just got slapped with an “IN”crease. Doesn’t that just, figure! Once again, I am reminded to stop “making plans”!

So, for now, I will increase my Sprycel and play the waiting game. Please feel free to throw a few prayers my way and hope that this small increase will be all that I need, in order to make a U-Turn and head right back down that slippery slope to Negative-ville!
Posted by Michele at 1:46 PM