I Use to be a Mountain Girl; Maybe I Still Am! 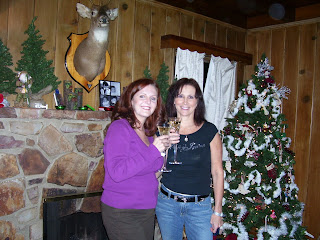 One of the greatest things about this time of year is the chilly nights. They remind me of when I use to live in Big Bear Lake; Ca. Big Bear is a fabulous, small mountain town in southern Ca. The days are warm and sunny, and the nights are crisp and clear. Not many that live in southern Ca. can say that they have really seen the stars, unless they have left the abundantly lit sky, of the millions of lights, which the inhabitants turn on, every night as soon as the sun goes down. The sky, without the city lights is breathtaking. Upon returning home, after going down to the valley, my youngest son always used said, “Look, Mom, the stars are home now, and so are we.” I always loved that! I really think that I am a mountain girl at hear. 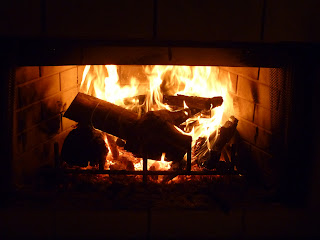 In addition to the starlit sky and the smell of pine, another one of our favorite things to do was to have a fire. We had one every night during winter and often during the other seasons, as well. I was an expert at lighting the fire and keeping it going. I often had two fireplaces, one with a blower for heat and one just to look at, going at the same time. I knew how to bank the fire so that I could start it again in the morning and I never tired of listening to the roar of the fire.

So, now that it is cooler at night, we often find ourselves lighting a fire, even if we have to open a window, or two, to keep from melting. Joe is typically in charge, but tonight is our dance class night and I am home alone; sick. Since it is quite chilly tonight, I decided that even though Joe wouldn’t be home, it might improve my mood to keep the fire burning, I mean after all, I used to be an expert fire tender, so I can do it, right?

So, Joe started the fire before he left, and a while later, I noticed that the flames were starting to die down, as I was preparing to add another log onto the fire, a branch fell out of the fireplace and onto the hearth. Now only half of the log was on fire, and since I had a potholder in my hand, I reached down, picked up the log and threw it, AND the potholder right into the flames in the fireplace! Now I know that it has been awhile since I tended a fire, but come on, really? Did I really, just do that? Ugh, my poor brain! My first reaction was to reach in and grab the potholder, but it literally incinerated right before my eyes! I have never seen anything catch fire and disappear, so quickly. Hopefully the rest of the night will be more relaxing and uneventful.
Posted by Michele at 8:31 PM