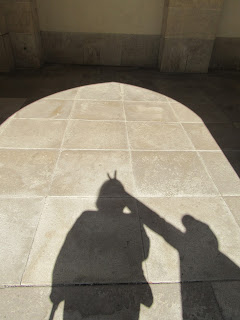 I certainly wish I could log more than sixish hours of sleep per night; perhaps then I would not be so TIRED! lol

Joe studied the tourist map of Vienna and sort of sectioned out an area for us to cover today. What I can say after walking around the city for the past two days is that Vienna is very clean, with many, many large fancy buildings and many, many museums and churches. It is hard to imagine, but it really does not matter where you look, you will see awesomeness!

We went into several churches today, one of them being the Minorite Church Mary of the Snow, which is an interesting name. They were all opulent and unique in their own way, and we haven't even seen "the" church, that you must see in Vienna!

I am always fascinated by the amount of restoration that has gone on in these churches and intrigued by the areas that are yet to be restored. It seems that no matter which country we are in, they are restoring thousands of paintings, from floor to ceiling, in every single church.

Today, while we were visiting the Votivkirche church, a neo-gothic church we witnessed them power washing the outside. You could see how the church had literally been almost black, and where it had been washed was nearly white. I think I would love to be a part of a restoration team in some form. It really is incredible work that they do; from the inside to the outside. It must be an everlasting project. 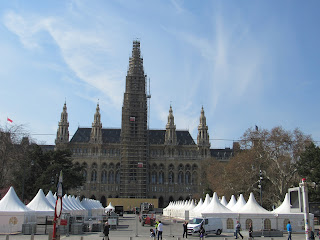 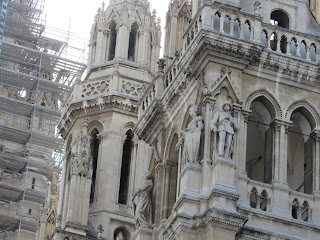 We continued to walk, and walk and walk! We passed through parks with sleeping people on benches (yes, I wanted to do the same thing) flowers and trees blooming, theaters and opera houses,  and dogs walking their owners. 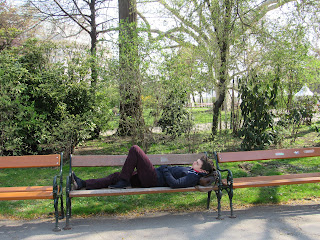 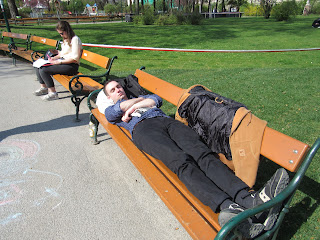 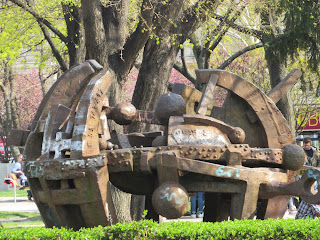 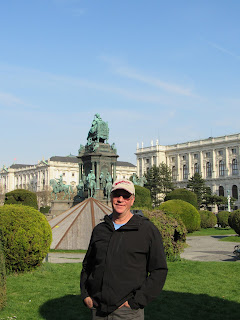 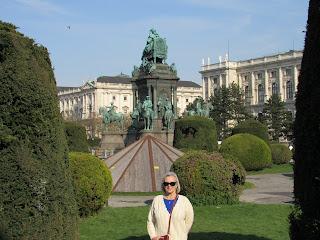 We came across a huge, fancy building, with tons of construction going on in the front. There was a ramp that led to an office type building, so up we went. We found that it is the construction office for the Rathaus, a town hall that was constructed in the 1800s in a neo-gothic style to accommodate the offices of the mayor. I cannot even imagine why they needed such a large and elaborate building, but it seems everything is bigger and better in Vienna!

The best part of the "little tour" through the construction process was the glass window which allowed us to see the elaborate statues that were in front of the building. You could see how they were adding missing fingers and toes to the sculpture and reworking the entire area surrounding it. I would like to see how they age the new fingers and toes to match the old one.


Strolling along, we came upon a bratwurst stand, and could not pass it by! It just smelled and looked so good. If you are wondering, yes, it was the best bratwurst I have ever had! It was so very cool the way they served it in a roll. They cut off the end, shoved the roll down onto this pointy stand, filled the hole in the roll with ketchup and mustard, and then shoved the bratwurst down into the roll! Why in the world do we not eat sausage and hotdog that way??? No fuss, no mess and DELICIOUS!!!! 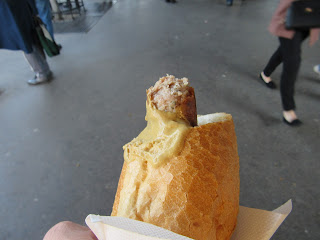 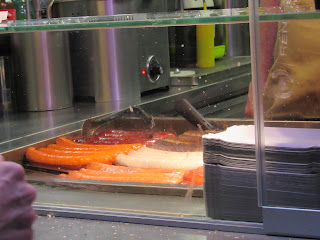 After a little bit of fuel, we continued on towards the museum district and decided to go into one of the museums; the Kunst Historisches Museum Wien. They discounted the price from 44 euros to 12 euros as a handicap discount, which is awesome because I was only able to spend about an hour and a half in the museum looking at ivory carvings that were extremely detailed, mechanical toys that were so intricate that I could not even imagine how they were made, crystal vases of all shapes and sizes, jewelry, jeweled boxes, and paintings. All magnificent! 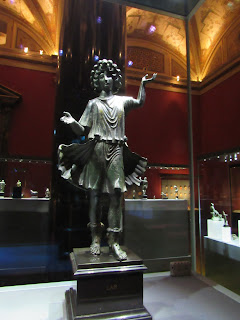 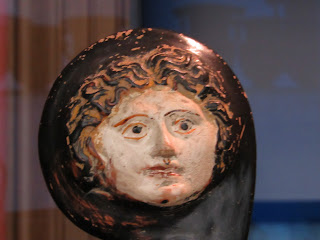 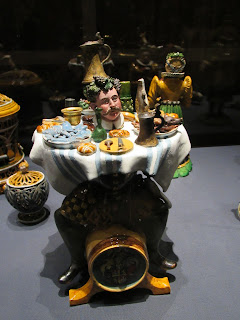 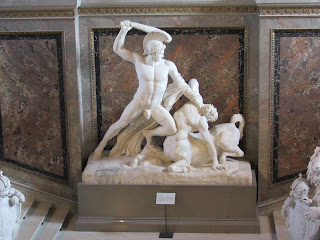 They also displayed some of the dumbest paintings I have ever seen hanging in that museum, too. They were literally canvases that were one or two colors of paint, painted in a rectangle either all one color or two; half and half. I seriously do not get it, if anyone does, I am open to hearing what that is all about!! Just big canvases,  full of paint.

After the museum, I literally DRUG my ass back to our room, for a short little rest. Along our way, we passed the Hofburg Palace and admired it from afar. It was built in the 13th century and today, it houses the offices of the President of Austria.

Just walking along the streets and through the arches is a magical experience, which made my trudge a bit easier. 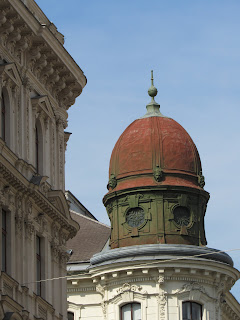 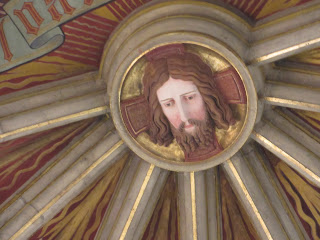 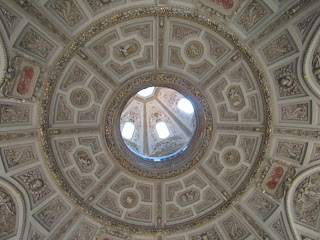 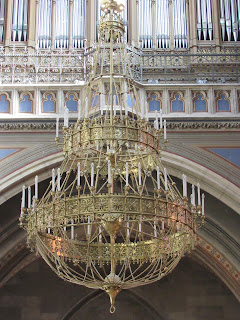 Last night we had purchased tickets to an off, off "Broadway" Chamber music variety show, so I had to gear myself up in order to not miss it. Fortunately, the tiny theater is right near our hotel.

The show consisted of a small orchestra; four violins, a cello, a flute, and a piano, of course, there were people attached to these instruments playing them, and they were actually very talented musicians! Their music selections were familiar to me and I enjoyed hearing the flute player play pieces that I used to listen to my daughter play.

There was also an opera singer who was fabulous and two ballet dancers; the gentleman dancer had a smile as big as the room. They were quite good and I marveled at the fact that they could dance at all, on such a tiny stage, but they managed to twirl and pose without knocking into any of the musicians, or their music stands. The show was great, but the patrons were not!

I could not believe all of the people that literally just held up their phones, throughout the entire performances, snapping photos and taking video. It was annoying, distracting and blocked my view. I finally gently pushed the arm down, of the woman in front of me; she did not resist and did not use her phone again.  It was SO rude to others watching the show and to the performers. (in my opinion)

I certainly understand why they do not allow photography, etc. during live performances, in every other show that I have attended; I mean heck, they even tell you to silence your phones in the movies. The venue did a horrible job controlling the audience.

Other than that, I am really glad we went.

After the show, we went for another stroll, because I was not tired enough, (pun intended) and I had to eat, so I could take my pills. We walked by place after place, with nothing sounding good, and just as I was heading towards McDonald's, we found a cafe. The kitchen was basically closed, but they did make us ham and cheese panini's, which hit the spot and served the purpose.

After we ate,  I trudged back to the hotel, took a bath and haven't moved off of this bed since. I am praying I sleep at least eight hours tonight, and feel more energized in the morning.

Being this adventurous is EXHAUSTING! lol