Well, the end is near. We must turn in our rental car today, and fly out of Boston tomorrow. We will be staying at the same Ramada Boston that we stayed at, at the beginning of our trip.

And why you might wonder are we going downtown? Because my husband is a Dodger fan and I am a Sox fan! That is why we are headed to town! 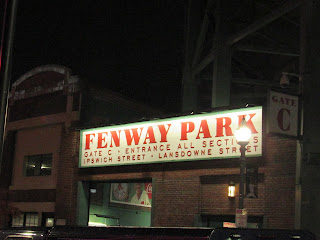 It is a total fluke that we are in town tonight, and no, we do not have tickets to the game, BUT the Bleachers Bar has a window, that looks right into the stadium. Just being near Fenway Park is good enough for me, under these circumstances.

Getting off the train and heading towards the stadium you can feel the electricity and excitement in the air. I am grinning from ear to ear; it is thrilling, just being there!

Once we get to the bar, I see there is a long line to get in; no surprise there! Joe went and got into the line and I meandered around. I saw a guy standing at an open door, which looked like it could be the exit to the Bleacher Bar, so I went up and asked him if it was. 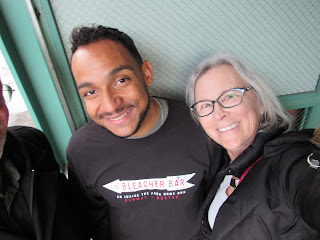 We continued to chit chat and I told him we were from Boise, and that I was a Sox fan and my husband was a Dodger fan, and that we had planned this trip six months ago, with no idea that the start of the World Series would be tonight!

I also told him that my son was a huge Sox fan and that I almost felt guilty that I was here and he was not.

About that time, a guy came over and whispered in his ear, and gave him some money. I heard him say that they had six in their party. I looked at my door guy and said, "I know I am not nearly as important as THAT guy!" 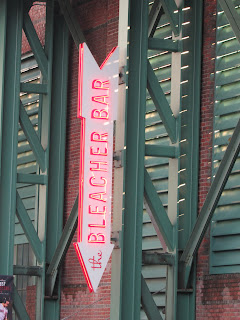 He laughed, told me to go and get my husband and he let us in the back door! I went and poked Joe, and said, "Come on," and he said, "What, are we getting in the back door?" I just said, "Just come on." lol

And so, we waltzed in through the back door, and right in front of us was the big window that looked right into the ballfield.

Now, normally I hate crowds, and it was crowded, for sure, but on this particular night, I LOVED the crowd!

People were friendly, excited and polite; I even found a few Dodger fans for Joe!

Of course, now that we were inside the bar, the next matter on the list was food; I snaked my way through the crowd to the front entrance and put our name on the very long list!

On the way back to Joe, I stopped at the bar and grabbed two beers; needless to say, he was very happy to see me when I returned! lol

While we were waiting for our table, talking to fans from both sides, someone tapped me on the shoulder and asked, "Would you guys like to join us?" Who says having a cane is a bad thing??? hahaha

It was a couple and their son and they had two tickets to the game; Mom, being Mom, gave her ticket to her son. I totally get that!

So we joined them, had some dinner and the fatigue began to set in......I quickly realized that we would be watching the actual game from the bed in our hotel room, but that was OK, I at least got to join in, in the pregame buzz!

What a great way to spend our last night in the northeast!

On a side note; we all know that the SOX won the series! Whoo Hoo!!!! 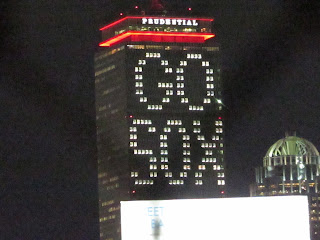 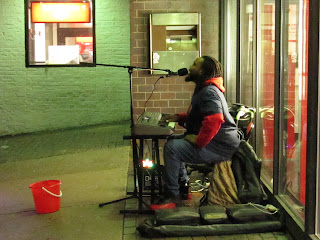 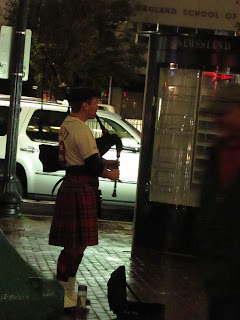 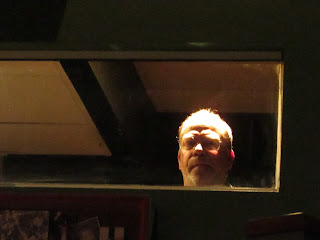 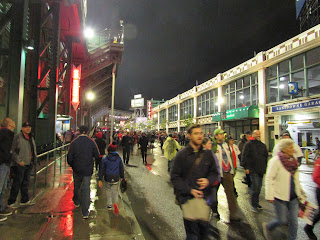 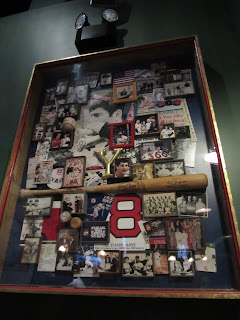 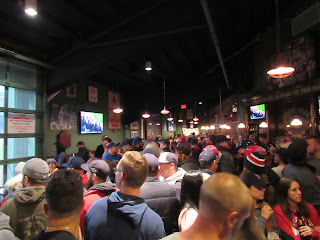 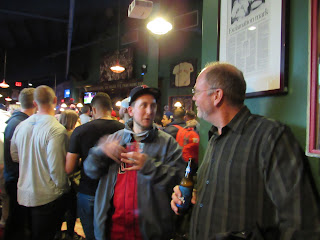 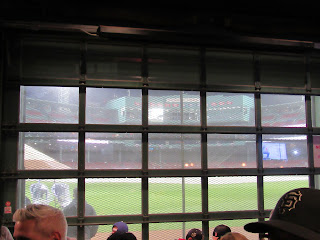