I Have Weathered the "Cold Sore" Storm; Now to Face Reality!

With my wicked –bad cold sore behind me, and two days of feeling great; I must now concentrate on accepting my new reality; I really do have leukemia, and it is not going to go away. For the past year I have been looking forward to the day that my oncologist would finally tell me that he could decrease my Sprycel medication, due to the fact that I had a continuing and steady negative response to my PCR test. You see, I had been making great progress in reducing my Bcr-Abl counts; Bcr-Abl is the gene that essentially causes my leukemia. The Sprycel was doing its’ job, consistently and steadily, up until about nine months ago. 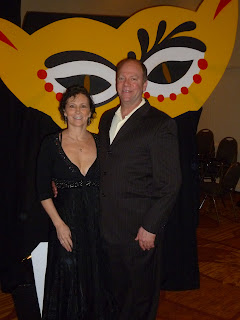 Just after the New Year, my Polymerase Chain Reaction (PCR) test, the test that measures the Bcr-Abl gene, came back negative. Negative, meaning that the Bcr-Abl gene was undetectable, in other words, it was still present, but in such a minute amount, it was undetectable by the PCR test; at least for now. A consistent, negative PCR test would eventually mean a decrease in my “make me feel crappy” medication. Negative #1 test; Check!

This was not only an unexpected result; it was a very exciting and happy day. To have a negative Bcr-Abl response is the best possible news that I could ever hope for. Having a negative or undetectable result does not mean that my cancer is gone; it only means that for the moment, we have it completely under control and are able to enjoy the fact that the Sprycel is winning the war, and controlling my leukemia. Of course, my Doctor told me that there was a mediocre chance that the negative test result could be a lab error, as I had reached this milestone very quickly. Erring on the side of caution, I kept this news to myself; not wanting to get too excited prematurely, and not wanting to spread false, negative results.

As suspected, my next test was a bit elevated; showing my PCR results to be in the positive range again, at 8.90 X10E-4, on March 19, 2011. I must admit that I wasn’t surprised, but I was totally disappointed. Once again, I began the waiting game. I was waiting for another three months to pass, to see which way my PCR was going to travel; in a continued downward slide, with one false negative blip, or an upward trend, which would not be good, and would be totally depressing. It would mean that I had taken a U-Turn and was headed in the Wrong direction! 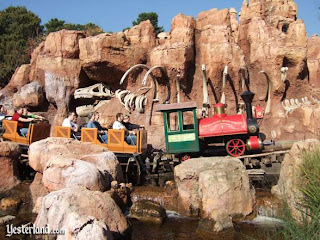 What I began to realize, was that because every test that I had taken thus far had been in a downward trend, I now expected nothing less.  I had totally jumped aboard the train that was heading straight down the tracks to Negative-ville. I was riding that train, in a totally cocky manner, never even considering that it may make a left, or right hand turn. I just simply believed that I was going to ride my way directly into a complete molecular response, aka; negative for the Bcr-Abl gene. Of course, I now know that that probably is not going to happen, as my doctor often reminds me; “Michele, you DO have cancer.” I suppose that I am just going to have to accept the fact that my train ride is going to be full of site seeing, side trips and detours.

A year and a half has passed since my diagnosis, and I guess that now is as good a time as any to visit the area of my brain that I have locked this leukemia diagnosis in. I have decided that I must re-visit it, in a more accepting manner; living in denial most days will be alright, but I need to have days where I accept the fact that I will be living with leukemia for the rest of my life, and when I need to, I will accept its’ challenges and meet them head on. I will accept that fact that my next PCR test will likely be the deciding factor, as to whether I am going to have to make some changes to my treatment, or not. My Bcr-Abl will either be going up, or coming down and I am certain that if it is still going up, my doctor will be increasing, not decreasing my meds.

Here’s to hoping for the best and preparing for the worst; living every day in an accepting, yet in a fashionably, deniable way!
Posted by Michele at 1:12 PM