Either I forgot how tired I was when we flew to Paris nearly two years ago, or I am just that much more fragile!

The flight was half as long, as we left from New York, as opposed to Los Angeles, but boy, oh boy am I whooped! I might have to give up on red eyes! lol

Getting our luggage and a taxi was quite easy, and since I know a small amount of Spanish, that was helpful, too.

The drive to our hotel was short but full of interesting things to look at. The most peculiar thing that I saw was a cemetery, literally built into a hillside; there were graves and rows and rows of crypts, all with windows on the end of them. It looked like a small village; a small village of dead people. I hope to go back there before we leave. 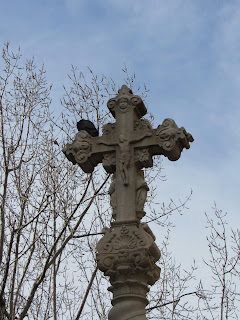 We were so tired that I truly thought that we would check in and hit the bed, but once we gave it some thought, we were afraid that if we did that, we would end up sleeping until the middle of the night and then be really screwed up, so we decided to take a walk and get something to eat, at the very least.

This having to eat, and drink milk twice a day, in order to take my Bosulif is a real pain in the tookus! We strolled the streets for a while and finally settled on a place that had a three choice meal for ten euros.

I had lasagna, white sea bass, and crema Catalana, which was a creme brulee and hit the spot! Joe had a salad and paella and some bouncy looking thing for dessert; it was alright.

I have to say that with my stomach being so wonky, I wasn't quite prepared for the bass to come to me with his tail and eyes still attached! It was "good" but a little too greasy for my taste. I think they must have dipped the entire fish in a fryer! lol

When I asked for "leche" aka milk, they looked at me like I was nuts, but brought it to me with a few packs of sugar??? It was enough food, with the milk to wash down my first dose of Bosulif of the day....blek.....being tired does not make for a happy tummy, but I felt accomplished.

By then, we headed back to the hotel, as neither one of us could barely stay awake. When we got there, I checked in with my friend Cindy, you know the one, right? The one that told me about the 737 Max 8's crashing and being grounded!!

Well! They were to join us, here in Barcelona tomorrow! Guess where they live? Yup, that would be right! They live in Denver, the place preparing for a blizzard, with a closed airport, and canceled flights, and now grounded planes.

We were all praying that the blizzard would pass and that they would still get out of Denver in the morning, but as luck would have it, their flight was eventually canceled, too.

They spent eight hours on the phone, trying every route and airline they could in order to make it to NY by midnight the next day, to get on the same flight we were just on. Right before they went to bed, at 1:30 am Cindy tried Southwest one more time, and as she explained what was going on, the guy on the phone said, "I am going to stop talking right now."

She was confused but a minute or so later he told her that while he was refreshing his screen, there were two cancellations, and he booked them on the 5 pm flight.

While they were ecstatic, they also realized that there would be no time to collect their luggage and then make the international flight, so they switched to carry-ons and went to bed, with high hopes of making the Norwegian flight to Barcelona.

They did make the first flight and by the skin of their teeth made the second one, too. Somewhere around 5 am I woke up and checked my messages that they were truly on their way.

Our cruise leaves on Sunday, so I am grateful that we all made it here, in one piece.

I slept nearly thirteen hours and woke up feeling almost human; until I took my first set of pills. The nausea kicked my butt and I finally broke down and took a Zofran, and waited for our friends to arrive at the hotel.

Life is good, and we are in SPAIN!!

Photos from the Day: 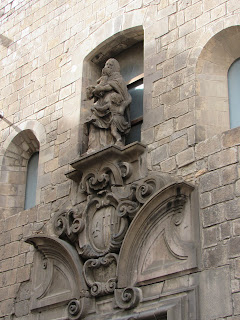 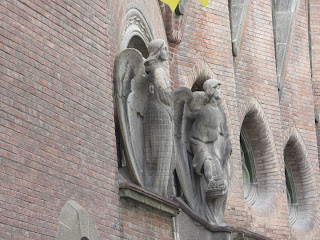 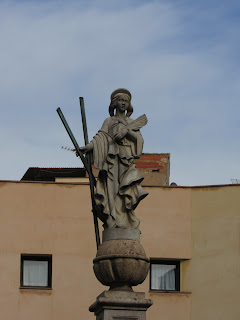