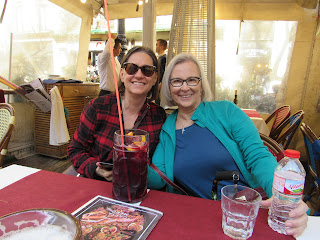 Despite our rocky start, we all decided to hit the streets, check out a bit of Barcelona and get some lunch. Our first stop was a sidewalk cafe where we had a GRANDE beer and Sangria; they were monster sized, and I shared a few sips.

From there, we asked out waiter, where he would eat! Funny, huh? We told him we didn't want to eat where the tourista's ate, so he told us about a restaurant a few blocks down and over from the Las Rambla Strip.

On our way there we saw street performers and a parade of nearly naked women, walking down the middle of the walkway with photographers, and bunches of tourists following them, and clearing a path. 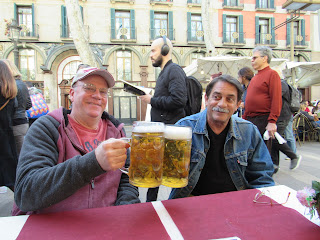 Apparently, they were demonstrating for "equal sexuality?" or something like that; I must say that it was certainly interesting! I'll bet when the gals see themselves on Instagram later, they will be disappointed to see that the red glitter paint hand rubbed off of their butt-cracks! Bahahahaha

We continued walking down to the port, saw many very cool statues and lots of little shops. After meandering around a bit we were all getting tired, so we decided to go and eat, so we could go to bed.

Once we found the restaurant, it looked closed, but the door was unlocked, so I walked in and asked if they were open, they asked me if we had reservations, and I said no, but we did have a recommendation! They laughed and told us to come in. 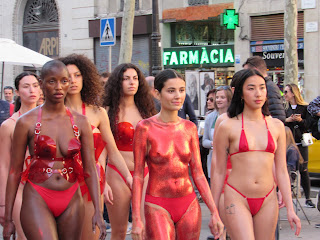 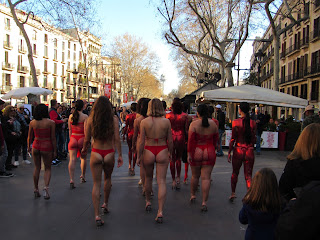 The dinner was quite good, despite the fact that I went on the less exotic side and ordered croquettes and chicken! Both were delicious and I once again asked for leche....frio, which I believe to mean cold milk. What they brought me was a huge glass of hot milk! I said No Caliente, muy frio! He said, "Cold, milk? I said, "Yes!" lol

And guess what? Once again it came with sugar...what is with the sugar and milk??

Oh, well, I ate the food, drank the sugarless milk and downed my pills; a successful day in that regard. 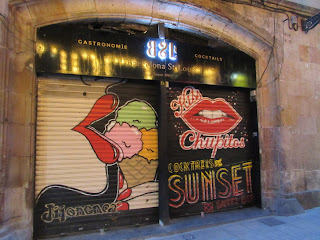 As we were walking back to our hotel, we stopped at a little market, to get MILK, for the morning, I don't know what it is, but most of their milk was sitting on a shelf, not refrigerated. I just don't get it. I finally found some in a cooler, but there were no gallons, that is for sure, and weird small containers that look nothing like milk containers!

I bought it anyway, and we shall see in the morning. A croissant from the bakery and we were on our way. Time for BED, AGAIN!

More Photos from the Day: 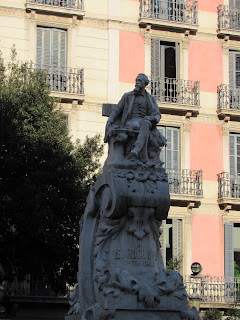 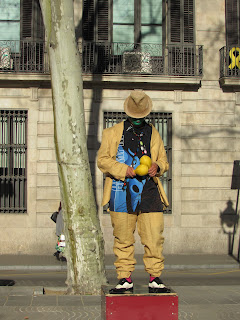 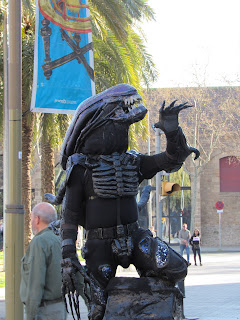