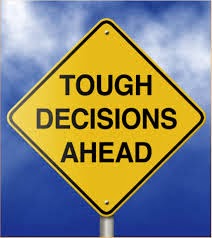 After having an MRI and seeing a neurologist who assessed my pain and performed a multitude of tests, I had a preliminary, verbal report that stated that my test results were “negative”; meaning that there was no physical explanation for my pain. This did not surprise me as my pain only exists, when I am actively taking Sprycel.

I was diagnosed with CML almost three years ago and have been absolutely diligent in my treatment. The only times that I have not taken Sprycel diligently, on time without missing a dose, was when I had Pleural Effusion and bronchitis; my oncologist instructed me to cease taking the Sprycel until both had cleared up. In addition to those two Sprycel vacations, there were two other times that I skipped a few doses; these were not sanctioned by my oncologist, they were my very own rebellion, due to the extreme pain that I was experiencing.

So all in all, I have followed protocol to the “T”; through experimentation and diligence, I have achieved two negative PCR results, in a row. For this, I am extremely grateful and totally ecstatic. I am hoping and praying for a third!

This being said, I am a bit baffled by my oncologist’s reaction and response to my continuing pain level, despite a lower dose. I do not know what I expected him to say, or what I really wanted to hear, but I guess that what I was hoping for was some sort of way to manage the pain. His response when I asked him about my test results was, “I haven't seen the reports yet. If they are negative and your symptoms improve/resolve off drug, then you should change to Tasigna.” 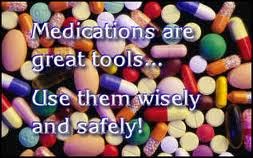 My reply was, “I suppose I will have to consider Tasigna, although from the peeps that I know on that take Tasigna, are even more miserable than I am! And since I have had two negatives in a row, I was kind of hoping for three and another decrease in meds! Would that be a possibility if I continued with negative results? I am just trying to weigh the pros and cons.”

His response was, “You probably wouldn't remain negative on 50/d. You might be able to take one or two days off/week on 70, but my perception is that it doesn't help you much.”

So, all of that being said, I am in a bit of a quandary. I still believe in my heart of hearts that the manner in which I am taking the Sprycel, is helping it to be better absorbed into my system, which in turn is resulting in a negative PCR, as well as increased side effects. I am still hoping and believing that if I obtain another negative PCR, on 70 mg of Sprycel a day, that there is a possibility that I may do the same on 50mg.

I believe that there is a “sweet spot”; an specific amount of medication that will keep the CML at bay, while allowing me to have decent quality of life. It is my belief that my oncologist will go whichever way that I choose, but I guess that I would like a bit more thought going into the decision. It seems to me that all factors should be considered and weighed before so quickly, jumping ship.

Right now I am leaning towards sticking it out on Sprycel for two reasons; the first being the negative PCR’s, the second is the fact that I have no idea what side effects that I would suffer on Tasigna. All of these medications come with side effects and none of us knows which ones will cause us the most discomfort; that coupled with the fact that I haven’t a clue HOW I will respond to a new drug. I just do not think that I am up for another re-adjustment period, at this time.

What do you think?
Posted by Michele at 4:09 PM