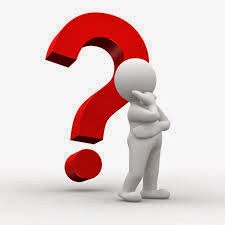 For those of you that have been following my blog, you know what a struggle it has been to actually reach a negative PCR. A negative PCR, also known as a complete molecular response (CMR) is achieved when there is no evidence of the Bcr-Abl RNA or DNA in the bone marrow. This is the best possible case scenario for a person with chronic myelogenous leukemia.

It has almost been three years since I was diagnosed with Leukemia; to say that it has been a roller coaster ride, would be an understatement. I have always believed that each and every one of us needs to be our own self advocate, as no one knows our own bodies, like we do. At this point, I am emphatic about this belief!
This being said, my recent, second negative PCR comes not only with pure, ecstatic joy, but a bit of frustration, too. You see, the first year that I was being treated for leukemia, I responded quite well to the medication. During the second year of my treatment, this changed. My response to my medication became less and less effective in the fight against CML, despite an increase in my medication. 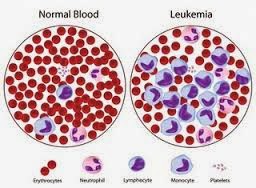 My frustration comes from the lack of investigation and the quick response to “change the Band-Aid” before really knowing why,we must do so. I get even more frustrated because I am the one that is analyzing the data and trying to make sense out of all of the information at hand. That is NOT my forte, not my job and not my area of expertise. These are the things that I am paying the professionals, the big bucks for, so shouldn't they be the ones that come up with alternative solutions AFTER investigating the situation?

The reason that I am saying these things is that I truly believe that the manner in which I began taking my Sprycel, after three consecutive rises in my PCR, is the explicit reason that I have had two negative PCR results; the second one occurring AFTER a reduction in my dose of medication, despite having to be totally OFF of ALL medication, for nearly five weeks. And this change was 100% discovered through my own curiosity, determination and good old fashioned, blind luck. It seems so very obvious to me now, and I cannot believe that my oncologist never even considered this possibility with me, as well as his other patients.

The one thing that we all know is that in order for Sprycel to be effective, it must be absorbed into our bloodstreams; we are told to avoid antacids, as the acid in our stomachs is needed, in order for this to occur. SO, could Sprycel, at some point actually create a low acidic stomach environment? Or has something else occurred in my stomach that has caused a low stomach environment? Could this be the direct cause of my increasing PCR; and the poor absorption of Sprycel into my bloodstream? I believe so.

The reason that I say this is because since I have been taking Sprycel with a tablespoon-ish of Bragg’s vinegar, diluted in water; my PCR has been negative, not only once, but twice. My side effects have returned and I have even added the dreaded pleural effusion to the list. The PE caused a decrease in my medication from 140 mg 7 days a week, to 100 mg 6 days a week;  along with a cease in medication for 5 weeks. Despite the decrease in medication, I maintained my negative PCR. My oncologist did say that he often sees pleural effusion in direct correlation to negative PCR. Interesting, don't you think?

I must admit that I was a bit floored by my second negative result, not only because of the reduction in medication, but because of the time that I had to be off of Sprycel to allow the pleural effusion to clear. This, in my opinion, only helps to confirm “my” theory of why I have achieved two negative PCR’s; what I do not understand is why in the world my oncologist isn't more excited about this information. I honestly think that he is humoring me; and that he believes that my negative PCR’s have nothing to do with the manner in which I am taking the Sprycel. Although I will give him credit for telling me to take the Sprycel with something acidic after I approached him with my theory. He said that he figured that it couldn't hurt!

I suppose that we will just have to wait and see if I can obtain a third negative PCR, after lowering my dose of Sprycel to 70 mg, 7 days a week.

I suppose I will also have to continue to ponder and research my own personal treatment choices, as well as my lack of confidence in the medical field.  I am extremely happy that I have had such great results, but also quite frustrated as I believe these results were obtained through my own research and inquisitiveness, not through the medical professionals that we all put so much trust in.
Posted by Michele at 2:36 PM