Traveling to Paris During a Strike, and a Day in Paris! 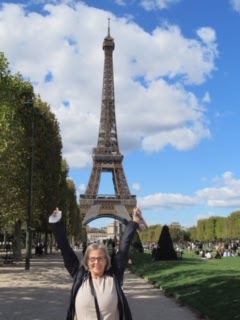 We were informed, a few days ago, that there was going to be an air traffic controller strike, in France, on the day we were scheduled to fly to Paris and our flight "might" be canceled. We didn't worry too much, as it wouldn't be a trip to Europe without a transportation strike. We figured we would deal, if and when the time came.Fortunately, our flight was not canceled, only delayed by three hours, and we made it to our hotel by 10 pm. While we were waiting to check in our baggage, there were only two gals working at the Air France check-in. Since we were next in line, in the priority line, we weren't too concerned.
All of a sudden, a passenger in the line started yelling at the gal that was checking in a passenger; granted, it was taking forever, as I am sure people were missing connections, or their flights had been canceled, but still....he should not have yelled at her, because after she apologized, and he kept mouthing off, she simply got up, and walked away. Yup, she just walked right off of the job, right past him and down the hall, and never came back. Eventually, they sent another worker, but here is a tip, from me to you, don't piss off the workers that show up to do their job!
I thought it was great!
We took the train from Charles DeGaulle, and then the metro; welcome to Paris! A busker jumped on our metro and began playing some sort of keyboard, that he blew into, and then he sang "LA Bamba!" Yes, my face was smiling under my mask, and I had happy tears, and chill bumps!
Fortunately, in Paris, people eat dinner LATE, as we were hungry! People after my own heart. We walked down the street and found a bustling, Italian Restaurant, and had a delicious, non-traditional pizza. 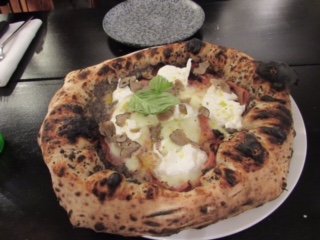 Afterward, we came back to the hotel, and I realized that if I stuck my head, out of the window, I could see the Eiffel tower sparkle! Doesn't get much better than that! 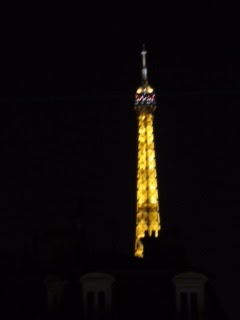 After a good night's sleep, since we were so close to the Eiffel Tower, we decided to walk over that way, and take a gander. It was just as magnificent as ever, and there were people everywhere. So many tourists! I was surprised, as it is the middle of September. 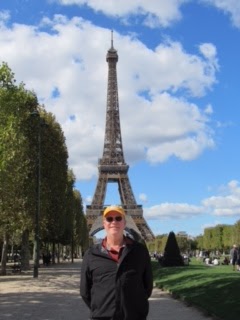 Since we had no real plan, we walked away from the Eiffel Tower, towards a neighborhood, in search of a baguette sandwich, which we found a few blocks away. We sat in the park, in front of the Eiffel Tower, and had lunch; life is grand!
As we were sitting on the bench, I had this great idea; "Let's go to Sacre Couer and Montmartre!" We can get there. I say this with confidence, as we do not have a smartphone, only a dumb one, that has not been turned on since we left the states. 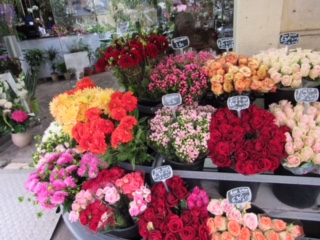 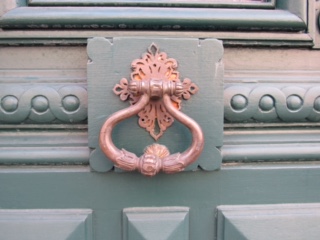 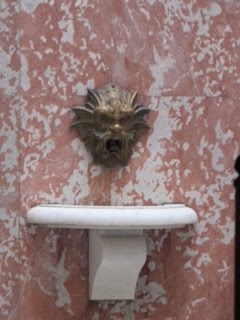 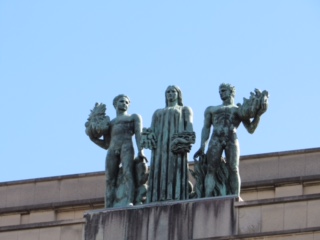 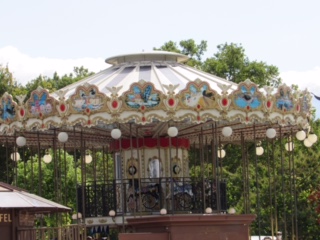 I asked a passerby where the closest metro was, and off we went. While we were looking at the metro map, trying to figure out which trains to take, a young gal asked, in English, if we needed some help. We said, "Yes, that would be great." She looked up Sacre Couer and told us how to get there, and since there were no ticket kiosks, she said, "Come on, just go through on my ticket!"
So, off the three of us darted through the metro gates; two old people, sneaking onto the metro! lol
She was on the same train and we learned that her name was Alley, and she was from Oregon, and she was touring Europe for six weeks, alone! Staying in hostels. Needless to say, I was impressed. I had to laugh when her mother texted her and said, "You are moving fast, are you on a metro?" Something I would so do if she were mine!
We wished her safe travels and thanked her for her help.
On our way up the big hill to Sacre Couer, we stopped at Saint-Jean de Montmartre, where there was a wedding just getting ready to start. We have seen so many weddings! This church is built in an Art Nouveau design of reinforced concrete. Simple, yet lovely. 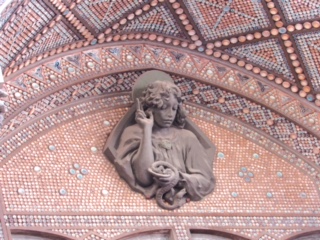 I loved seeing the carousel, the Galerie D'Art, all of the buskers, and artists, and the amazing view of Paris. We sat and shared a 1664 beer and people watched for a while, before heading for dinner. 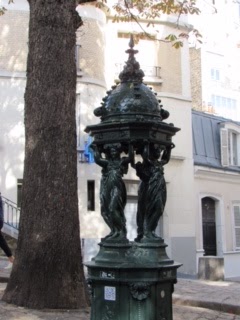 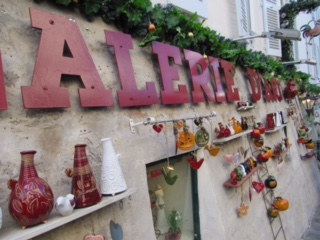 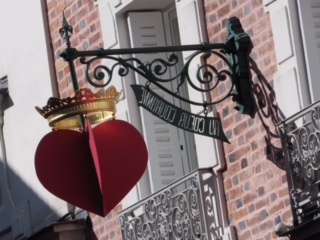 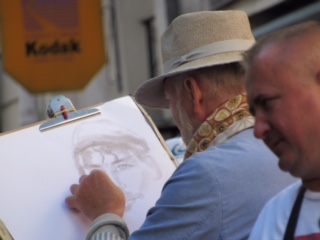 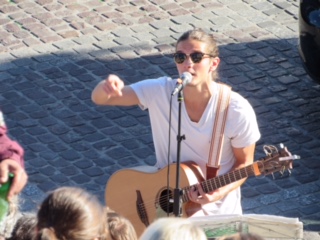 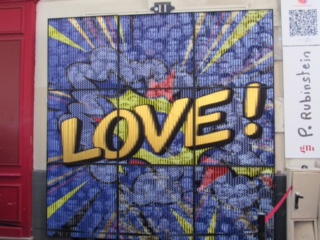 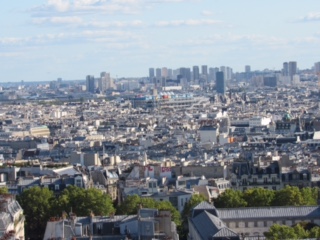 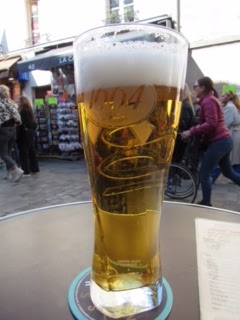 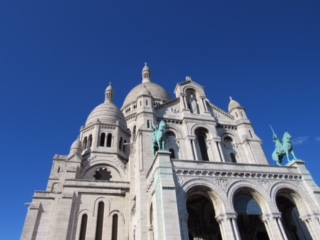 We ended up at an Italian restaurant that we have frequented while in Paris, as the French restaurant that we planned to go to didn't even open until 7:30 pm, and it was only 6:45. We were just too pooped to wait, so we settled for Italian, again!
PS: I don’t want you to miss this!
It was good but not as good as we remembered, and the Marriott Hotel, where we have previously stayed was shut down, which was quite a shock. We are guessing that maybe it was covid.
All full, and 14,000 plus steps and we were ready for our hotel.
It was a good day.
Night y'all!