We started off the day at "Simple Simon's" a fabulous breakfast and lunch diner; breakfast only on Sunday, which is perfect for me, because it took me until noon to get moving and out the door.

I have resigned myself to the fact that CML and my medication has permanently moved me into a late afternoon, evening person as it just takes me until noon to get moving. On the upside, the early birds have already caught their worms and many times lines and crowds are at a minimum.

After "breakfast" we headed out to Bradbury Mountain State Park, just outside of Freeport, Maine. It was our hope to finally see some fall color! We have traipsed from Massachusetts to Pennsylvania, to Rhode Island, through New Hampshire and now Maine, and practically everywhere we have gone, the leaves have been GREEN! Lol 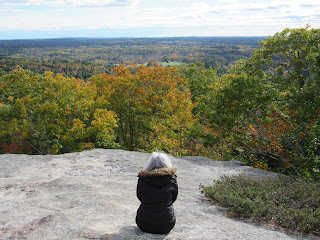 Granted, we have seen random red, orange and yellow trees, but we have mostly seen green trees. On our way to Bradbury Park, we did start seeing fall colored leaves, and once we started hiking, we saw more. Unfortunately, some of the beautiful leaves had already hit the ground, but once we reached the summit, the view did not disappoint! It was stunning.

While we were there, I noticed two women carrying birch bark. Being the crafty, sort of nosey person that I am, I could not help but ask what they were going to make from the birch. They told me that they were going to make small boxes. I told them that I had seen such boxes, and remarked what a lovely "souvenir" the birch bark would become. They were from Germany, and we had a lovely little visit. 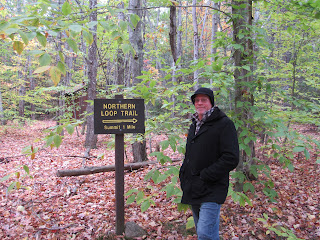 We then decided to continue around the Boundary Trail, which was a picturesque walk through the woods. It so reminded me of growing up in Marion, Va. One of the most impressive things that we saw, along our way, was a rock wall, that extended for several miles; we wondered who had built it, and how long it had been there.

After a while, I began to wonder when I would see a sign for the parking lot! I was quickly becoming tuckered out! Lol I heard a noise behind us and saw two young men catching up to us. We decided to let them pass, as I know, that I am VERY SLOW! That is when I heard them say, "I sure hope that this is the right way to the parking lot" to which I replied, "It had better be, or you are going to see an old lady cry!" Lol

They stopped, turned around and cracked up! We began chatting and learned that they were from Manhattan, and had recently bought a home in Connecticut. Christopher was a horticulturist, creating gardens in Manhattan! What a fabulous, creative was to bring green into a city full of concrete; he plants gardens on rooftops and terraces of high end "apartments." He was actually toting a few small plants home from Maine, to plant at their home in Connecticut, as a tribute to their trip, and one year anniversary.

I am not sure what Alex did for a living, as we ran out of trail, but I am grateful for their company, as they made the last half mile of our trek fly by. Such a pleasure making new friends!

After leaving the park, we decided to go to dinner. I knew if I went back to the hotel first, that I would never leave again! Tubby and jammies were calling my name!

We decided to go into "old Town Portland" and find a place to eat. We ended up at DiMillo's On the Water. The restaurant is actually on a boat; a docked boat, but it was right on the water, so we had a fabulous view of the harbor. As we were sitting there, I looked up and guess who was sitting at the next table???

It was our new friends from Germany! Hahaha....we waved and said hello, and they were able to show us photos of the little box that they had made, and what they were hoping to make with their new found birch. I just love how the universe makes me smile!! 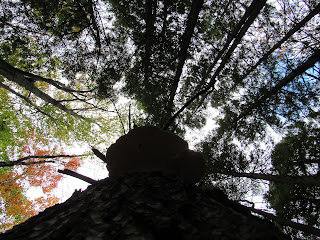 We finally had some GREAT clam chowder; thick and creamy, with tons of clams and the perfect amount of seasoning. Joe had a fried sampler platter with haddock, shrimp, clams, calamari and scallops, and the best cocktail sauce ever!

I should have stuck to the original plan and just shared his plate, but not wanting all of that fried food, I opted for Lobster Mac n Cheese! Because all of that cheese and cream was SO much better for me than the fried food, right?Lol  I was only able to eat about an 1/8th of the dish. I know that this will reheat in our microwave and be just as delicious tomorrow, and the next day, and the next!! So I vote, Lobster Mac for the win.

Time for bed, tomorrow is another day! 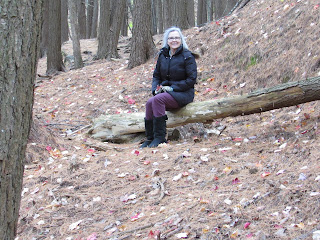 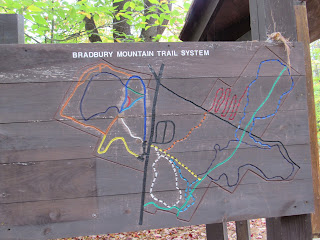 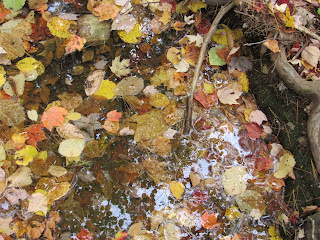 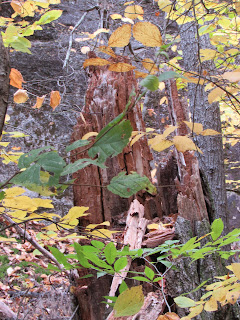 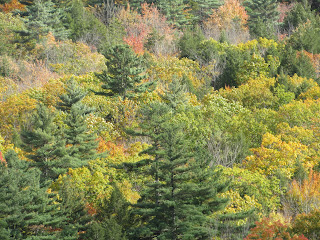 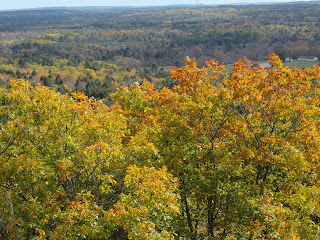