Corfu Greece; I Could Come Back Here!

After another hot walking city day, we were all very happy to resort back to hiring a cab for our touring pleasure! Most cabs in Corfu were 50 euro and hour; Marco, yes another Marco offered to take  us around the island and to the beach, a total of nearly four hours, for only 120 euro; split that in two and we SCORED! 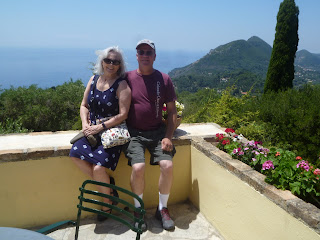 Marco was such a great taxi driver/guide; he took us all around the island, to all of the places he knew and loved best; he even showed us where the teenage boys, used to take the teenage girls, to make out! Lol As we were driving around, all we had to do was say "Stop", and he would stop, so that we could take photos; which happened often and we loved that he graciously obliged. 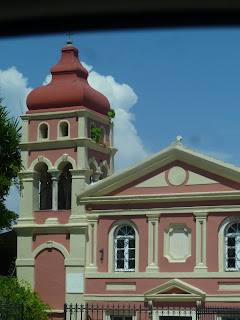 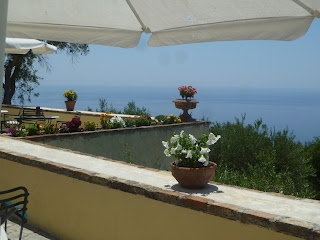 The views were beyond breathtaking, and he was proud to show us his country. We saw everything from a lamb, and I am talking an entire lamb (Baaaaaa) and pork roast on a spit, being cooked, right on the side of the road, to villages and beaches far below. 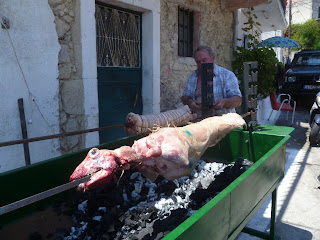 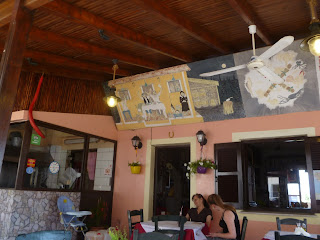 The road that he took us on was only wide enough for one car, so we had to back up many times to allow other cars to pass; this was a bit unnerving, as the cliffs were high and the roads were so narrow, yet Marco never batted an eye. 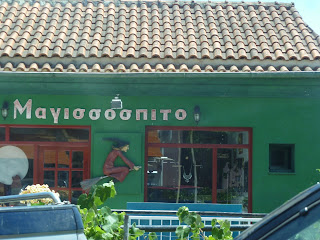 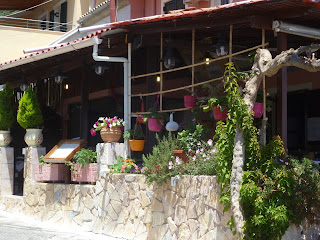 He told us all about the thousand year old olive trees; proud of the fact that they are 100% organic and that the harvesting of these olives was the way that many people on the island made their living, still today. 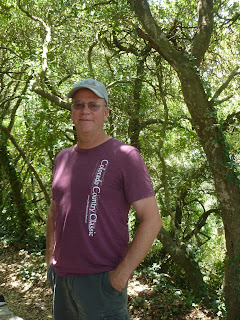 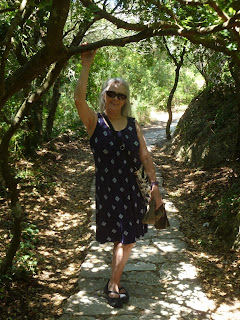 Because these trees are so old, they are huge and cannot be harvested in the modern way, with machinery; instead, the manner in which they harvest these trees, is to put large gathering cloths under them and simply allowed the olives to fall when they are ripe, they then harvest them; sell them, make olive oil and soap. 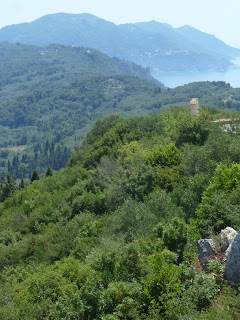 We were all impressed by the fact that they actually respected the work of their ancestors, and were proud to keep the old traditions, and the trees alive. I can hardly believe that these olive trees are still producing olives, after being planted more than one thousand years ago, and that the people of Corfu see such value in them. Too often, such trees are just destroyed, to either plant groves of trees that can be harvested more efficiently, or to build real estate. I admire their dedication to the efforts of those who have passed, long ago. 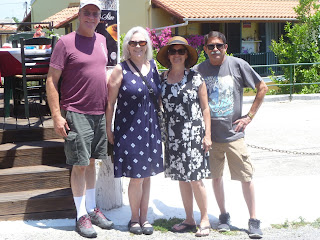 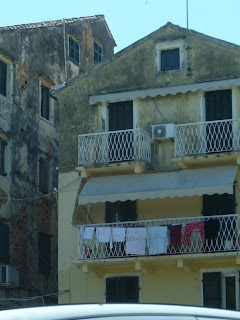 Another thing that we saw along the streets was garbage; bagged garbage, over flowing at all of the garbage dumpsters. Apparently the garbage people were on strike!! Thank God, it was not the transportation peeps! Lol

Apparently they love going on strike during tourist season, figuring they might have more leverage, because we would see the garbage, and their city would not look as favorable to us, as  it would if there was no garbage; I suppose it worked, at least to some degree, because they were due to pick it up that night; they only collected garbage, at night. I suppose the roads were too narrow for both traffic, and garbage trucks to share the road. Strikes and garbage seem to be a common theme, all over Europe. 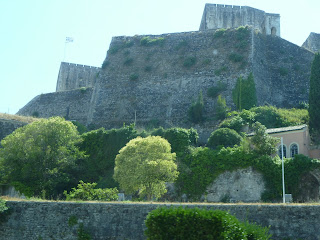 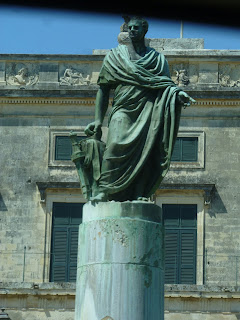 Marco told us that Corfu was very safe, and they did not have a drug problem, other than a small amount of marijuana. He also told us about the cost of living, which we all thought was VERY inexpensive! You could rent a two bedroom apartment, for a month, for less than $500. It seems that beauty of the land does not always mean an out of reach cost. Corfu would be a lovely, short term hiatus from the hustle and bustle thing we all call, life. 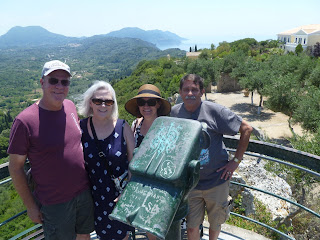 He took us up to the mountain top, to see where some guy built a rock structure and stairway just to watch the sunset, as it was the best place on the entire island to watch the sun go down, apparently. There was a fabulous hotel built there now, but if I were to stay in Corfu, it would have to be on the beach. After walking around and enjoying the mountain top beauty, he  took us down  to the beach for an hour, and waited for us to enjoy the ocean. 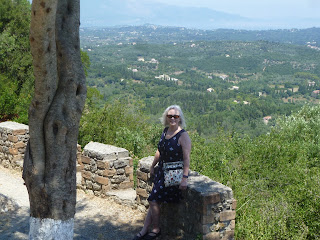 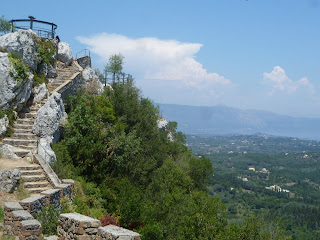 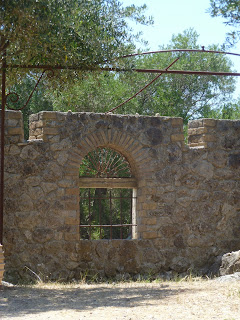 It was a beautiful beach, with light brown, extremely HOT sand; as in could not walk on it without burning your feet! The water was quite chilly, which I found interesting, as the weather was so hot. I am a warm water princess, so I did not enter the sea, but Cindy jumped right in! lol The rest of us went up to the seaside restaurant to enjoy a few beverages, the shade, the remaining bread from the people at the table before us,  and the tourists! 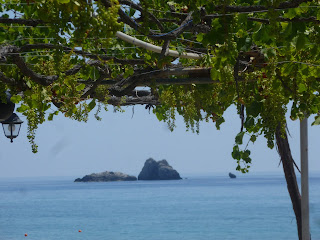 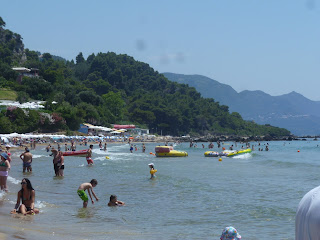 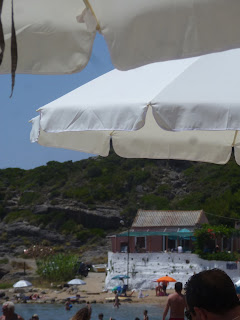 Check out the landing of the guy jumping off the rock! Didn't realize I had caught the belly-flop on camera until I got home. 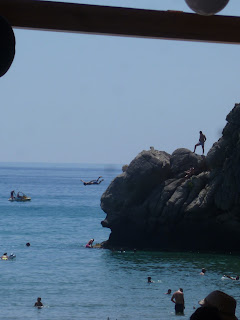 All, in all, it was a perfect day, with Corfu being added to the list of places that I would return to, for an extended stay.