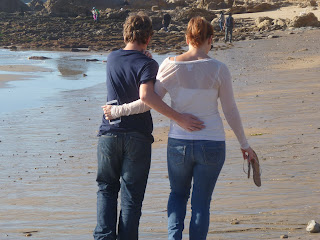 The end of the year typically ends with us spending a great deal of time away from Boise; our families still live in southern California and Arizona, so we like to spend the holidays with them.
This, coupled with the fact that my oncologists are in California, and we teach dance at a New Year's Eve event, we are often just running and driving from one place to another.

This year was no different, with a few extra health hiccups to throw into the mix. First hiccup resulted when my PCR (blood test that measures the degree of leukemia in my body) came back at .15%, which in itself is not necessarily a "bad" result, it was just that it was a 2 fold increase from my PCR test, three months prior, which can be concerning. 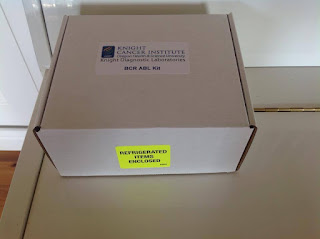 So, at the request of my oncologist I was going to do a retest with the lab from OHSU. This involves having a "PCR kit" mailed to me,  (which is more like somewhere, to someone who will be home) and then finding a lab that is willing to draw the blood, per the instructions and then mailing it back to UHSU; this kit must be kept refrigerated and can only be drawn on certain days, which makes this even more difficult as we were often a few hundred miles in one direction or another.

Fortunately I was able to have the test mailed to a friend, and was able to pick it up and put it in the refrigerator. After calling three local labs, I found that this was going to be a difficult task; they had never heard of a PCR test and wanted $40 to $100 just to "look" at the kit, and then MAYBE I would be able to make an appointment to have it drawn. Needless to say I was totally exasperated, worried and annoyed!

We only had reservations at our time share for a few more days and it didn't look like I was going to be able to have my blood drawn prior to heading to central Ca. for ten days. Talk about frustrating!
I finally took the kit, drove to the cancer center where I was originally diagnosed with Leukemia, and knocked on the locked door where they draw blood. It was five till five on a Thurs. and I was surprised that they even opened the door. A woman named Peggy, happened to be there. and she just happened to be the head of the department. 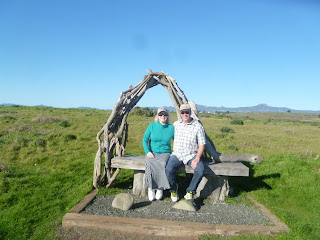 She quizzically looked at me and asked if I had an appointment! lol I said, "Well, No, not exactly, here is my dilemma." She took the kit, examined it and said "Yes, I can draw this." I was ecstatic and started to take my jacket off when we both realized the blood cannot be drawn on a Thursday! lol

She assured me that she would keep it refrigerated and that it would be alright until we came back in ten days; she told me to just knock on the door and she would draw the blood and mail it off; I have no idea how I skirted the red tape, but Peggy was an angel, sent to me when I most needed one!

Upon our return to the desert, I went directly to the cancer center and had my blood drawn; it was quick and easy, no questions asked. We all did a "good juju" dance over my blood and sent it off.

Fortunately, the result was the best it has been all year; .048 So I guess I will chalk up the elevated test to lab error?

Prayerfully, in three months time, I will still be below .1%
Posted by Michele at 12:58 PM