First Day in London and Our Trip to Dover 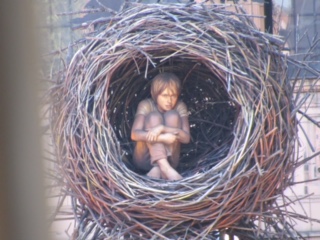 You know you are exhausted when you can sleep ten and a half hours in a miserably hot room. At one point, I got up and put a damp towel on my naked body, with the fan blowing directly on me. Fortunately, that worked, and we all woke up, if not refreshed, at least rested. (Travel Lodge Kings Cross)I talked to the gal at the front desk, and she apologized, profusely for the hot room, and said she would do her best to get us into a room with working air conditioning when someone checked out, so since we were headed out and about, she had us move all of our belonging from our room to Cindy and Joe's room. A pain in the butt, but so worth a cool room, right?
We walked around the corner and had an awesome, inexpensive breakfast, and we decided since we had limited time in London, we would hit the Hop On, Hop Off bus, which we have enjoyed in many different cities. Here is a tip if you decide to do this in London. Avoid the Golden Tours, as they seem to have far fewer buses, which equates to more people and longer wait times as the busses are full. They are the blue ones. 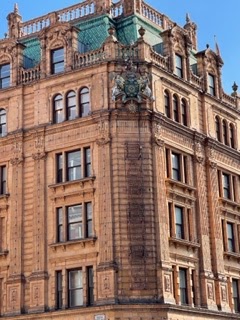 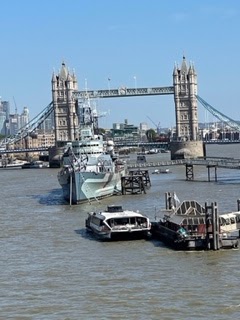 It was hot, but while the bus was moving, we had a nice breeze, and when we were stopped, I was able to put up my umbrella to keep the sun off of me, which was a tremendous help.
One of the things that I love best about the Hop On, Hop Off busses, is the commentary that gives you little tidbits of the buildings, statues, and monuments that you are passing, not that I often remember much, but I do enjoy hearing about it at that particular moment! I otherwise would have no clue what I was looking at, other than amazing, big, old, ornate buildings. 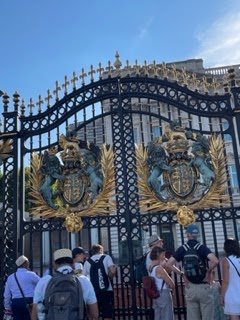 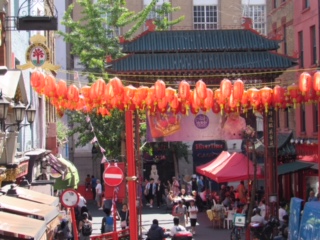 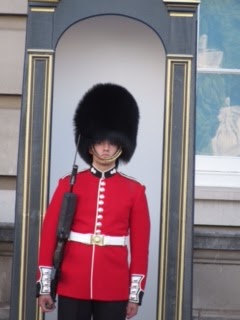 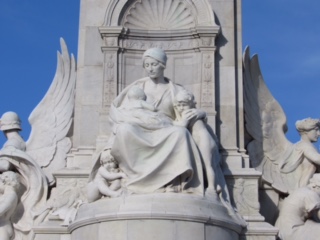 We made a quick stop at St. Paul's Cathedral and Buckingham Palace. The heat and the overabundance of people took some of the magic away from London, for me. 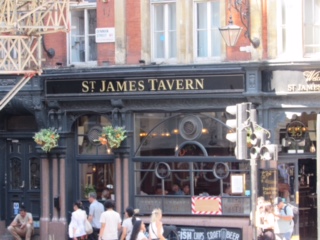 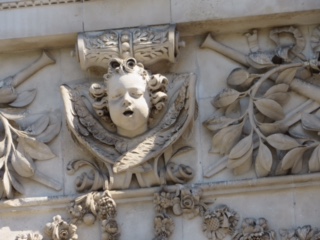 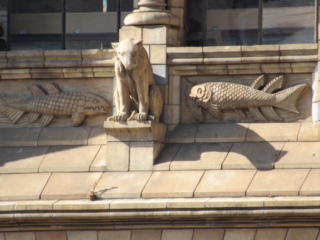 Afterward, we took the Underground back to the hotel, in high hopes of having a cool room. Of course, the gals that were helping us were no longer working, so I was left to speak to a gentleman, (if you could classify him as such) behind the desk. He basically told me that we were still in the same room and that there were not any notes regarding the fact that I had leukemia, and the heat was detrimental to my health.
He told me there was no air conditioning in the hotel and basically referred to me as a spoiled American. He told me it was clearly stated on their website and that since we booked there, we had agreed to this fact. He was rude, insensitive, and downright mean and refused to even look into the matter.
Knowing that I would never book a hotel without air conditioning in the month of August, I went to their website to see how I could have missed something as serious as this. Nowhere on the website made such a statement, and I took my iPad down and showed him. He took it and scrolled and scrolled, then went to his computer and scrolled and scrolled. Then he said, it doesn't have to "say" that it doesn't have air conditioning as there was no snowflake anywhere on their website, which "meant" there was no air conditioning.
I said do you have heat? He said, "Of course we have heat!" I said well that is how I feel about a hotel having air conditioning. I now know to ask this question when booking a hotel in Europe; lesson learned, the hard way!
Oh, and he also said, in a snotty voice, " Go ahead and complain, if you want!" Asshole.
Soooo, we moved all of our things back into our hot room, where they did not even try to service the air conditioner, and managed to get to sleep, despite the heat.
Since we are going on a cruise, we had covid testing to do this morning which we did via Zoom; it was quick and easy and I highly recommend OnPoint, if you ever need a travel covid test. We all tested negative.
After jumping that hurdle, I went downstairs and told the girls at the front desk what had happened and they were mortified, showed me where all of the notes were and apologized profusely. Not their fault, they were wonderful. 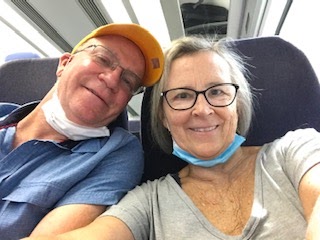 We checked out and headed to St. Pancras train station, bought a train ticket to Dover, walked down the platform, and waited for about 15 minutes. Hopped on the train, in the front car as they told us it was the "quietest, least busy car", it was air-conditioned, fast and clean!
I think I love traveling by train, with no security, and not getting to the airport early.
We arrived in Dover in a little over an hour, and it is LOVELY! I am a happy, happy, happy girl! The hotel, a Best Western, Dover Marina is fantastic and air-conditioned!!! A bathtub and air conditioning? Whoo Hoo! Happy girl! 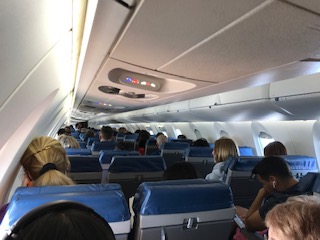 We had a lovely lunch and walk on the pier, and just relaxed. It was a super great day.
We did have one very ironic thing happen, though.....As I stated before, we have all been being uber careful about covid. We all were a bit relieved to have tested negative and were feeling pretty confident. We were on a train, the four of us, a gentleman in the seat across our aisle, and a few more people. We were all like YEAH! 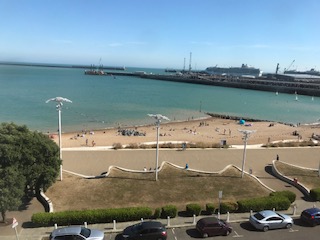 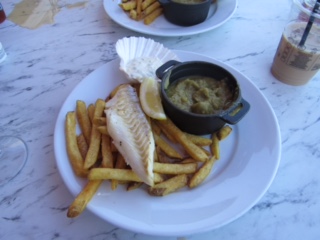 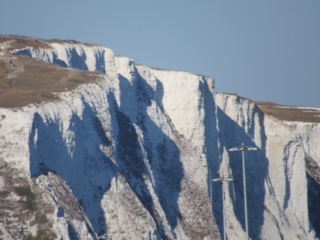 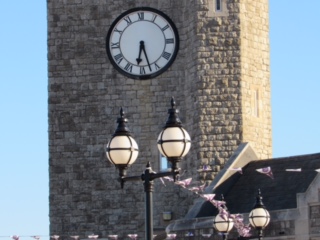 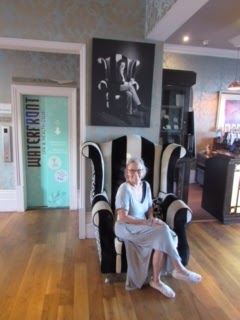 And then I read the chat board for our cruise, a few hours later. A woman posted that her husband had been on the same train as us, from London to Dover, and sat next to what he thought were four Americans. He stated that they had gotten off at Dover and he "thought" that they may be going on a cruise.
Then she said, she just wanted to let us know that he wasn't feeling well on the train and has now tested positive for covid and has a fever! lol
What are the odds!!!
Guess who is traveling with me???? Yup! Murphy!
Anyway, we all had masks on, but if ya wanna say a little prayer for us, go ahead, all prayers accepted!
Tomorrow is another day.
Good Night and God Bless!