I started taking Bosulif, a TKI medication, last December 2017. This is one of the medications that is used to treat Chronic Mylogenous Leukemia, which I have been battling since February 2011.

I had previously been on Sprycel since diagnosis, but the side effect, pleural effusion, became more than I or my lung could handle; hence the switch to Bosulif.

To further complicate matters, my PCR; the test used to measure the amount of disease in my body had climbed from .042. to .972, which doesn't seem like much, but in the world of a CML patient, it is "scary huge"! 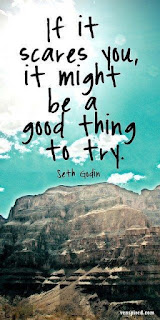 Starting a new medication is always scary, as you are wading into uncharted waters; how will my body react, and will it work?  Bosulif was no different. In the beginning, I was MISERABLE!! I was so sick; constant extreme nausea; the kind of nausea that makes you not even want to swallow your own spit, for fear of vomiting. I always premedicated with Zofran, an anti-nausea medication, which helped, but did not completely control the nausea.

I began using CBD oil (no THC) 300 mg, and sucking on Preggie Pops, along with the Zofran; this seemed to help tremendously. That, coupled with the fact that my PCR dropped to .06, and I was beginning to be a happy camper, once again!

Fast forward seven months, and I am happy and proud to say, that my body is finally adjusting to Bosulif!!!

I have only taken two Zofran, during the past two weeks; the CBD oil and the Preggie Pops seem to be all I need at this point, and I am SO grateful! Very little nausea, and no diarrhea! I was a bit fearful to stop the Zofran, as I believed that it counter-acted the diarrhea aspect of the Bosulif, due to the fact that it can cause constipation, but it seems that the Zofran has helped me to adjust to the Bosulif and has become an "as needed" medication, instead of a "must have."

I am SO grateful; I am seriously almost giddy! And to top all of that off, my latest PCR test came back at .06!!! Once again below the .1%, coveted number! Thank you, Bosulif! 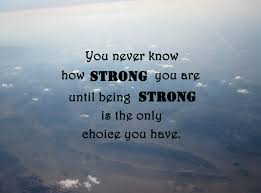 I am one lucky girl, and so glad that I FINALLY made the switch! Being brave is harder than you think; it takes, courage, and sometimes a good kick in the pants! It is difficult to give up on a medication that has saved your life for six years, not knowing whether or not the new medication will do the same.

Some of us accept a change in medication more easily than others; I needed to be pushed off a cliff! Fortunately, there was a safety net, to catch me at the bottom.


Be Brave, Be Fierce and Be Grateful!

Blessings to all of you Warriors!