Change Can Be Scary!!

It wasn’t all that long ago, that I reached a crossroad. 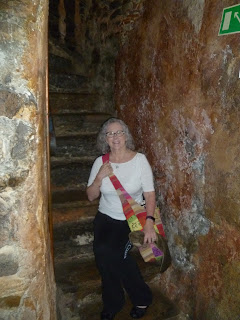 My journey with chronic mylogenous leukemia began on February 9th, 2011. Since that time, the road has been full of twists and turns; and ups and downs. It is a road that has led to many adventures, and many open doors.
Some of these doors I willingly walked through, others, not so much! You see, when you live with a chronic cancer, you have a whole lot of time to become familiar with the disease! You have a whole lot of time to read about it, talk about it and maneuver your way through it.

Since diagnosis, I had only been on one of the available medications for CML; it was the medication that I carefully researched and deemed the “best fit for me”; and it was, for nearly six years.

As with all medications, Sprycel came with risks; I felt like the benefits outweighed the risks, until they did not. I had bouts of pleural effusions throughout my time on Sprycel, and for years they were resolved with a short hiatus from the drug. I the end, the effusions became larger and required a thoracentesis, to drain them.

As the need for the procedures increased, my oncologist and I began discussing a change in medication. It was a change that I was terrified to make! Sprycel had been my life saving medication for nearly six years, and with the exception of the pleural effusions, I finally felt pretty darn good, on the drug. I was familiar with Sprycel and it had been my constant companion for so long, that I was reluctant to give up on it.

As time went on, it became more and more apparent that my run with Sprycel was coming to an end; I had to put on my big girl panties and take a leap of faith.

In October, I had rotator cuff surgery, not a huge deal for most, but due to the pleural effusion, in my left lung, I was in the hospital for four days, and sent home on oxygen, for six weeks. This was enough of an eye opener, to agree to try something new.

My oncologist and I decided to give bosulif a go, despite the horror diarrhea and nausea stories that I had heard. We agreed that premedicating with Zofran, and starting on 100mg per day, with weekly increases would be the way to go; this began in December of 2017. By March, 2018 I finally reached the desired 400mg per day.

When I started on Bosulif, my pcr had risen from .042 to .972, that was enough to motivate me, to getting back to kicking cancer’s bum, back down below the optimal .1% mark. 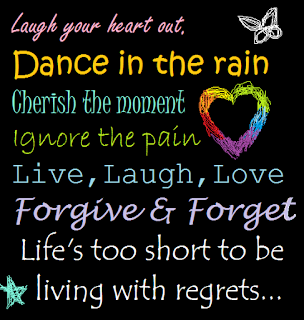 I won’t lie and say that this has been an easy transition; it has not. I fortunately do not suffer from diarrhea, but the nausea kicks my but! I felt “alright” on 200mg, so with my oncologist’s permission I began to split my 400mg per day dose, into two 200mg doses. I premedicate both times with 4 mg of Zofran, and eat a meal. I am also using CBD oil, with no thc, and preggie pops. (We have one other trick up our sleeve, if this doesn’t work) I have great faith that eventually, I will adjust to my new, life saving medication.

The best news of all??? I just got the results of my latest pcr test……..drum roll please! It is .06!!!
I read the results last night at midnight, and I literally cried with joy. I had had high hopes; hopes that the struggle, with this new drug would be worth it, and it IS!

I may be nauseous, and I may get discouraged and weary, but I am alive!  And now I have proof, that these struggles are worth the burden. I am glad that I took a leap of faith and embraced the change, even though it was not easy, and it took me a long time to do so.

Living with cancer, or other illnesses, is challenging, often discouraging, yet can also be rewarding. Change is scary, but often necessary, and for the best. Hopefully the next time that I am faced with change, I will embrace it sooner, and more willingly; and remember, that change keeps life interesting!