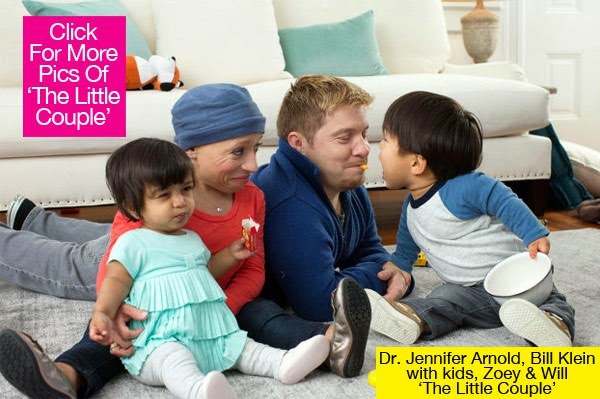 One of my favorite shows is the “Little Couple”; it is a show about Bill and Jen Arnold and their two adopted children. It is a story that brings awareness to dwarfism and what makes it so great is that these people, although challenged in many ways, never stop reaching for the stars. It is inspirational, fascinating and downright enjoyable.

Recently Jen Arnold was diagnosed with a rare form of cancer; the show followed her treatment and documented her recovery and eventual cure. The day she received thumbs up, an all-clear from her oncologist, her oncologist and the staff that treated her brought her over to “The Bell”; they told her that she had beat cancer and it was her turn to “Ring the Bell”! At first she was a bit reluctant, but once she started ringing the bell, you could visually see her face light up and her huge smile said it all; I fought hard, and I won!

That moment was bittersweet for me; I was so happy for her, but once again, it made me want to “ring the bell,” something that keeps being brought to my attention. The other night my Bunco Babes gathered for their monthly game night. This month it was at our house, so at the end of the night, I was still around for gossip time. The new gossip was that another neighbor was diagnosed with cancer; lung cancer. One of the gals in the circle is currently being treated for breast cancer.

Being on the outside of that particular circle, my attention was drawn to them when I heard the word “cancer.” I heard the one gal saying that she had three more treatments and that the newly diagnosed neighbor had a specific number of treatments planned. While I am extremely happy for them, there was a small voice inside my head that said, “They will get to ring the bell.” 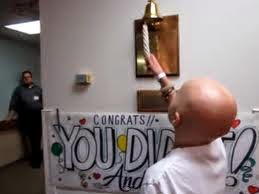 Once again, I was reminded that someday…….”I WANT to ring the bell!” I know that this may seem silly to some, but after living with cancer for over three years, sometimes I am just weary. I don't want to think about or feel side effects, I don't want to have to see an oncologist every three months, I don’t want to have to read about new complications and losing a member of our ever increasing community, I don't want to have to worry about the new things that creep up, due to a continual dose of highly potent medication, and I WANT TO RING THE BELL!

I am guessing that I must be in some sort of a three year slump; because there are times that I almost forget that I even have CML. Most of my days are good days; I have a happy life and I am so grateful to still be here to enjoy it; I have it better than many and I sometimes I must remind myself of that fact, but is it wrong to reach for the stars and shoot for the moon?