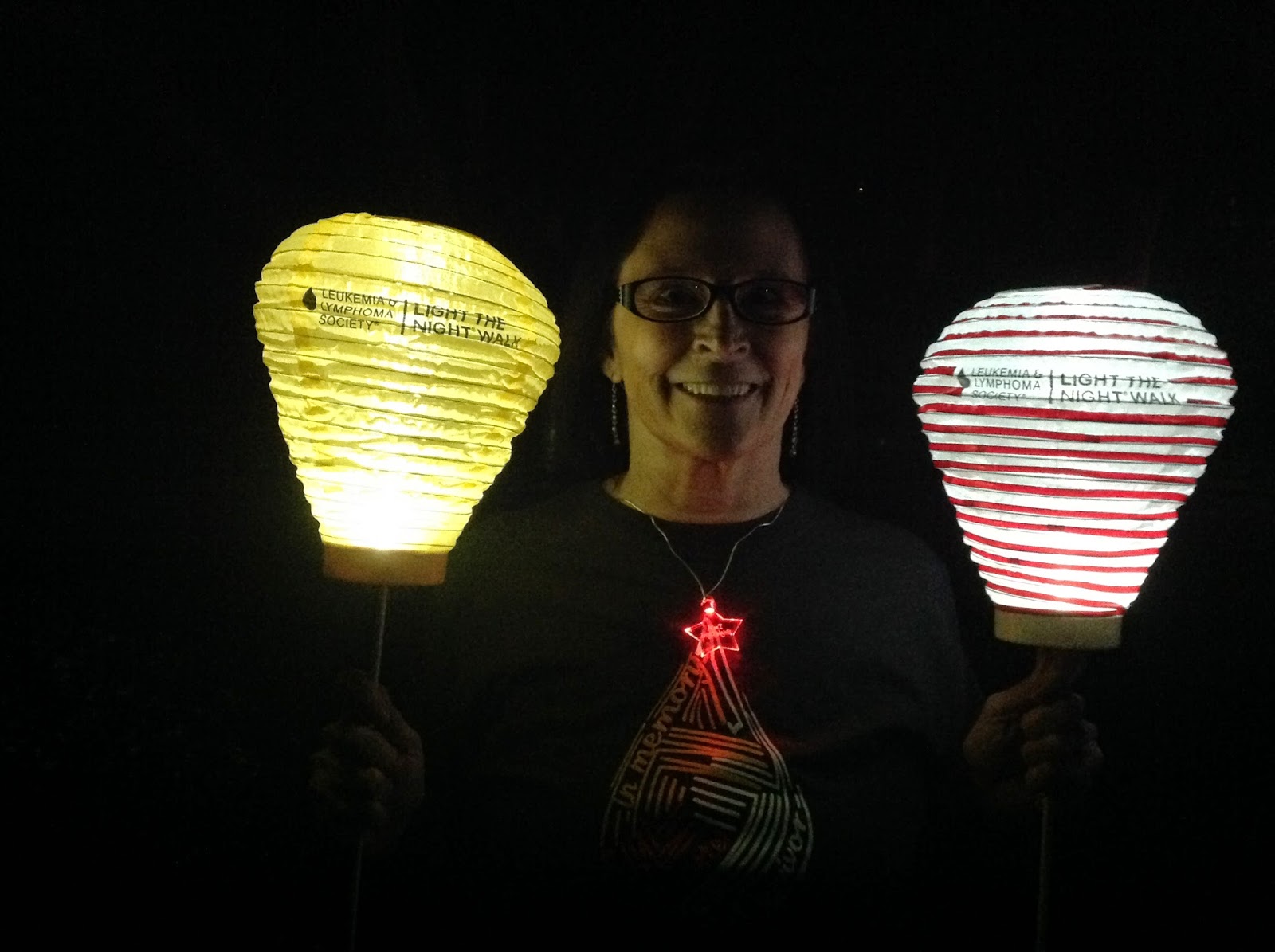 I have never been a great fundraiser; I used to cringe every time that my kids came home from school with a new one. We have sold candles, cookies, pizza, magazines, wrapping paper, Christmas cards, stuffed things, pretty things and scary things; all things, which I could have done without! I always wished I could simply donate the full amount directly to the cause, without having to add something to my shelf, or my waistline!

Since being diagnosed with leukemia three and a half years ago; I have found myself the recipient of many generous acts of kindness; both spiritual and tactile. This has inspired me to become a better fundraiser and to find a way to give back. 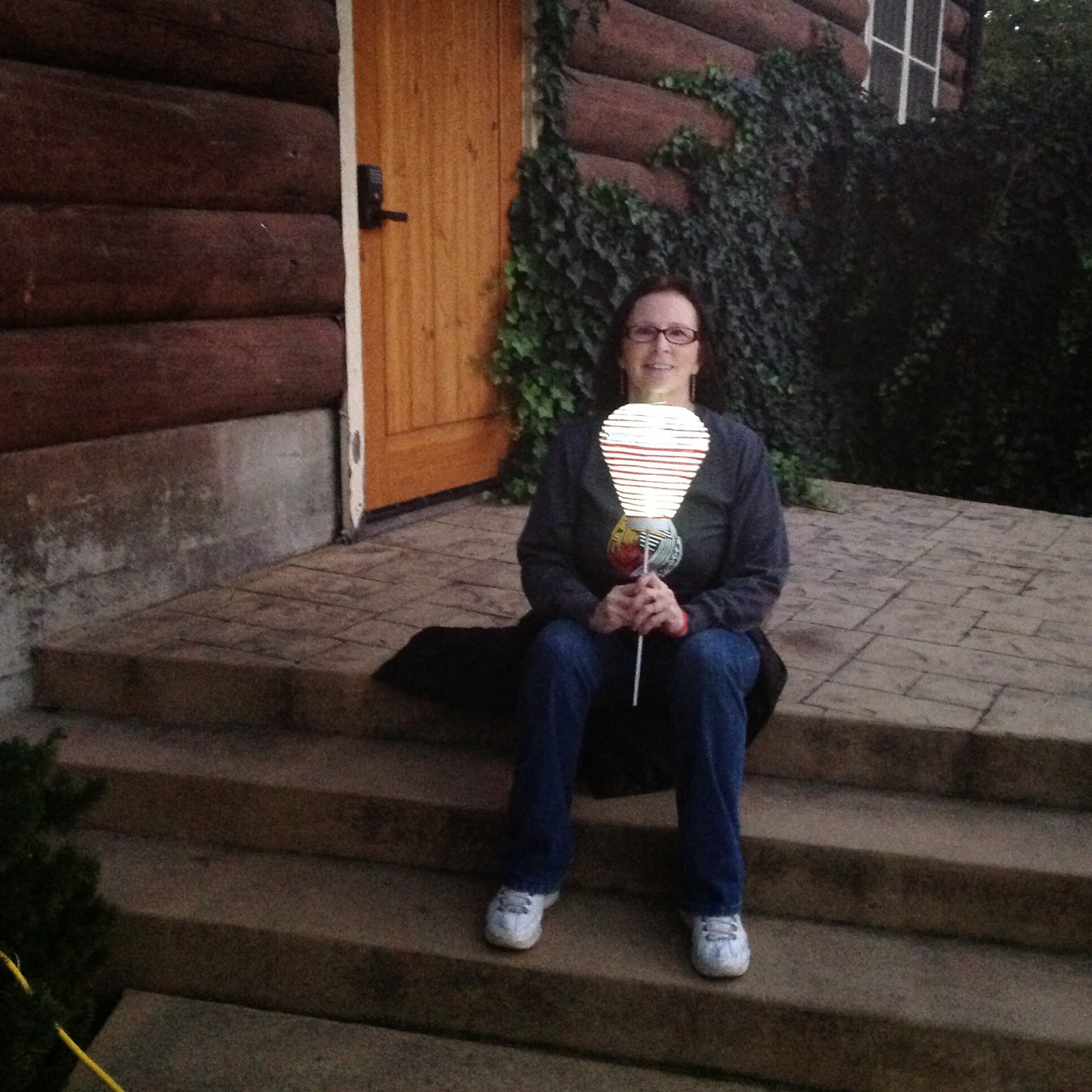 My first effort at fundraising was three years ago; I joined Bricks 4 the Brave in collecting Lego’s and Duplo’s for children that are ill, and often face long stays in the hospital; knowing that these sets of Lego’s would help to distract, entertain and put a smile on a child’s face. I was shocked at the support that I received and have been able to donate several hundred boxes of Lego’s and Duplo’s,  to the Boise and Phoenix Children’s Hospitals; once again, with the generosity of so many! This is a fundraiser that is very close to my heart.

This year, I decided to also tackle the Light the Night Walk fundraiser, which is put on by the Leukemia & Lymphoma Society; I had doubts, many doubts that I would even be able to raise a nickel for this cause. Like I said before, I am a lousy fundraiser and full of self-doubt! What I did not realize was how many generous people I know. I started the fundraiser tentatively, in high hopes of raising $500. I never even dreamed that we would reach that goal! 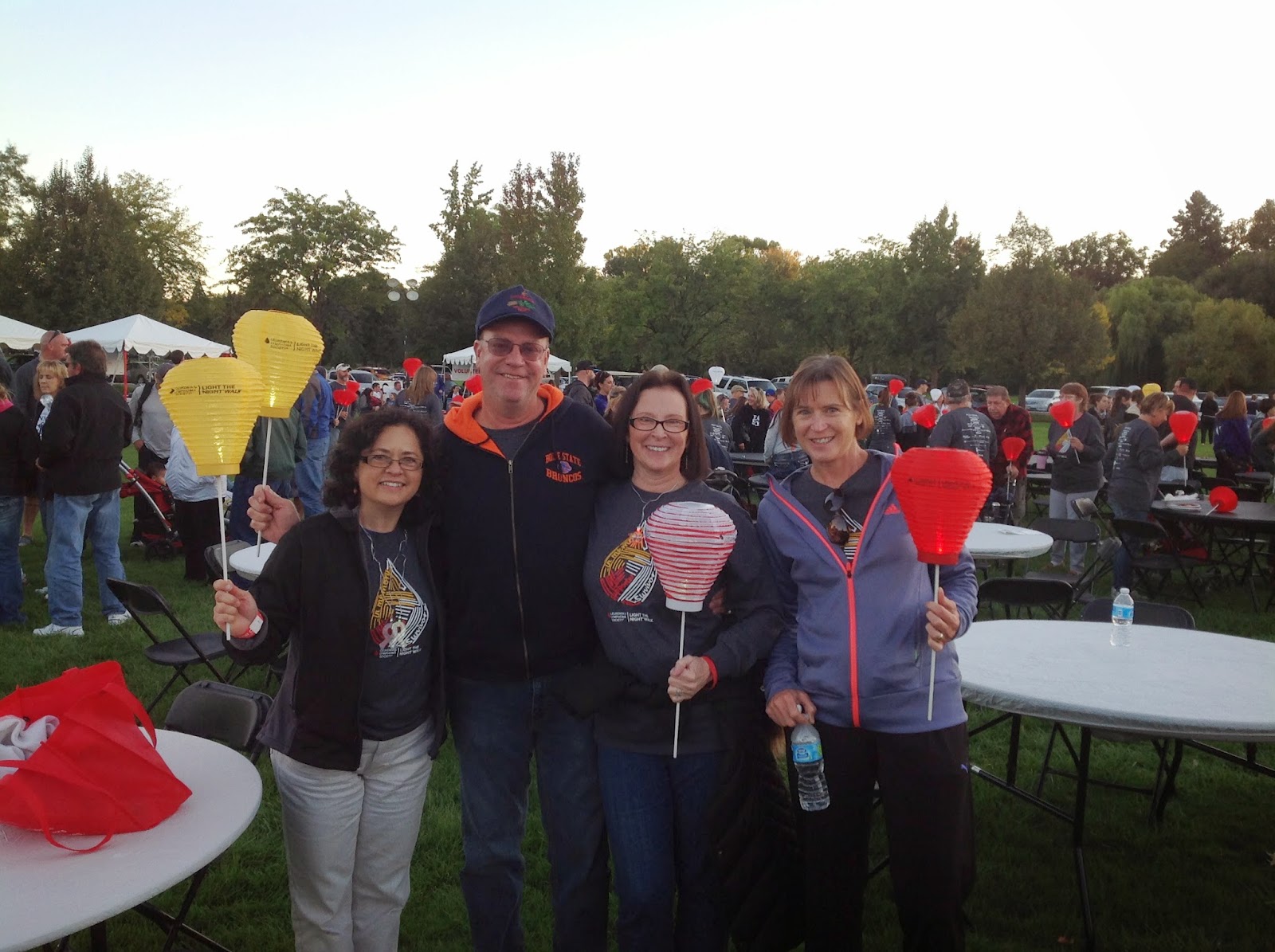 Thanks to so many, we reached our original goal in record time, so we decided to trust in all of you, and raised our goal to $1000. Shockingly and gratefully we reached that goal, too. We took one more chance and raised the goal, once again, to $1500; and guess what? Yup, we reached and exceeded that goal, too! As of the walk yesterday, we raised an impressive $1605! None of this would have been possible without all of you! Our heartfelt thanks go out to our many, many supporters; friends and family alike!

We couldn't have done it without all of you, and we are truly grateful. My belief in the generosity of others has been lifted to the moon and back, and witnessing the support of so many makes my heart swell with joy, and trust that someday, I will be cured!

Thank you so much for your donations and continued prayers and support. With people like you behind me, cheering me on, my fight becomes fiercer and my battle less burdensome; thank you for helping me carry my load!

With Sincere Gratitude,
Michele (and Joe) 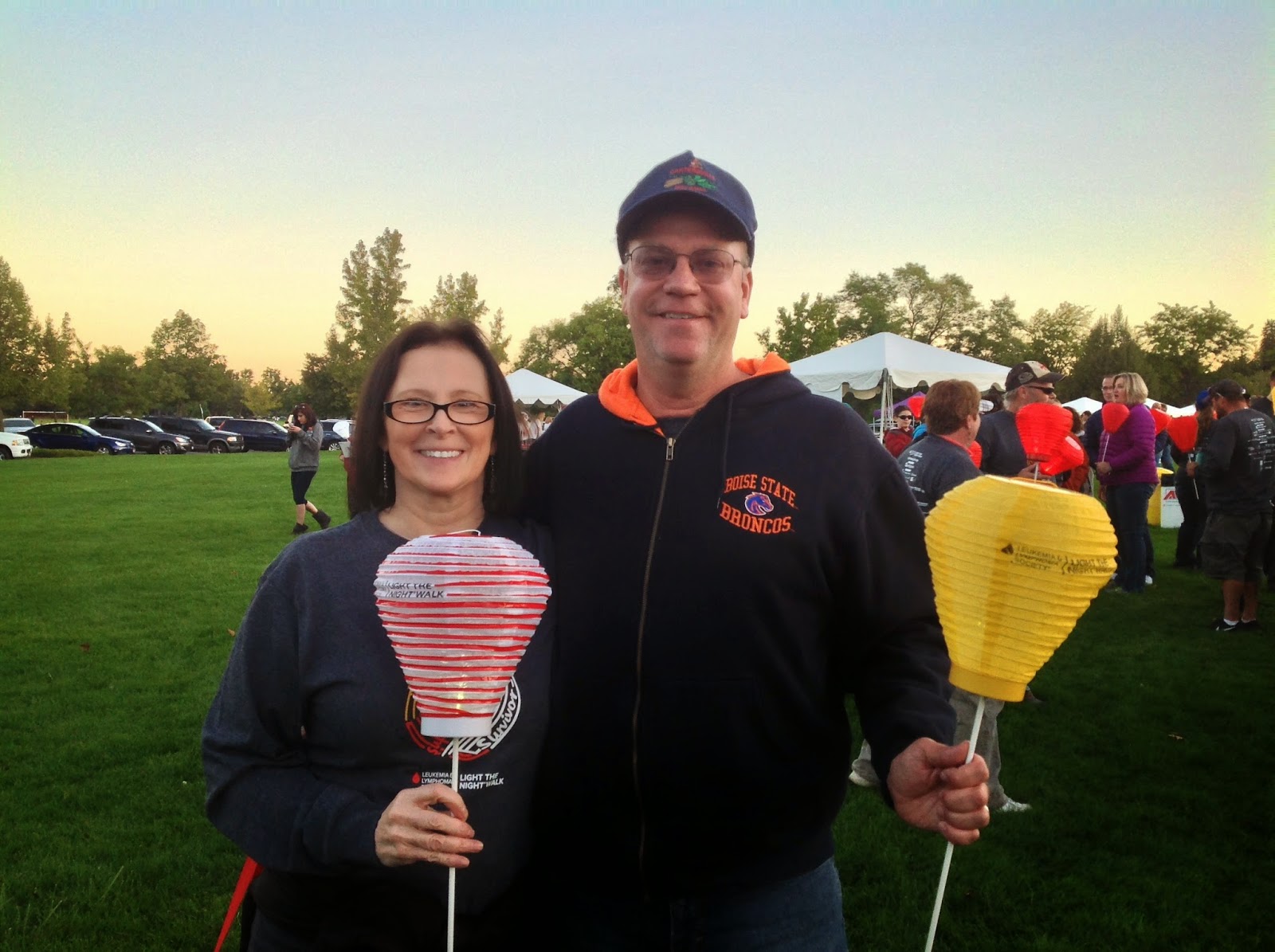