Sprycel and My Left Lung; Who Do I Choose? 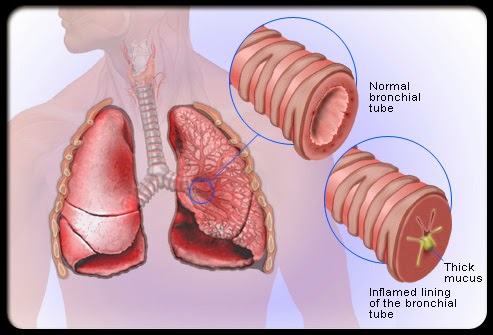 Apparently I am not the only one dealing with a hacking cough and shortness of breath, so here goes; a few weeks ago I began my yearly hacking. For some reason or another, I always seem to get a good bout of bronchitis around August, September or October; this usually occurs in conjunction with a mild case of pleural effusion.

Typically my oncologist prescribes Advair and Albuterol to help alleviate the symptoms and puts me on a Sprycel vacation, until I feel better; this usually takes a week or so. This year, since I actually have a “doctor” in town, I thought that I should go and see her, and have her assess my condition. Last week she confirmed that I had bronchitis, with reduced breath sounds in my left lung.

Being the totally thorough physician that she is, she put a pulse oximeter on my finger and walked me around her office; and then proceeded to tell me that my oxygen levels dropped significantly and that I needed to stop dancing, and go home and rest! She gave me a breathing treatment and confirmed that my breathing was “better”, so I promised to “rest” after teaching three hours of dance class that night!  She also said that if I was not better in one week, to have a chest x-ray.

Fast forward one week and I am still hacking and feeling like crap, so I get the chest x-ray. Now, I must preface this with “I LOVE Boise, and my doctor!!” Within 10 minutes of my chest x-ray, the doctor was on the phone telling me that she saw a minor effusion, but thought I might have pneumonia brewing and she wanted me to start on an antibiotic immediately.

I told her I was in the Costco parking lot and asked her if I could pick up the antibiotic there. By the time I got out of the car and walked to the pharmacy, the order was in the pharmacists hands; now that is efficiency at its’ best!

She prescribed azithromycin because of my many allergies and sensitivities, and after talking to the pharmacist, I decided to stop the Sprycel until I talked to my oncologist, as it has a moderate warning of QT prolongation, when taken at the same time.

So now the dilemma begins; I get home around 11 pm and email my oncologist; he replies at midnight that he does not believe that I have pneumonia and that she is just seeing the effusion. He agrees that I should not take the azithromycin and the Sprycel at the same time, and does not think that I need the antibiotic. I go to bed frustrated and confused! Lol

The next morning I page my oncologist to discuss my dilemma, this is how the story goes; “Michele, you did not mention having a fever, and you have had this before. I believe that you are experiencing side effects to the higher dose of Sprycel. Pleural effusion “looks” like pneumonia; I see it all of the time.”

Him: “Yes, that is common with effusions; they can create friction between the lung and the outer sac causing coughing, shortness of breath, etc. I can just about 100% guarantee that you do not have pneumonia, but you do need to go off of the Sprycel until these symptoms improve. I have no objection to the antibiotic; you and your doctor can decide what you feel is best regarding that, but I do not think you have pneumonia. I am afraid however,  that you may not be able to tolerate this dose of Sprycel and we may have to consider switching to Tasigna.”
Me: “Noooooooo, I will be fine on Sprycel as soon as I get over this bronchitis!”
He chuckled and then said that he wouldn't make any changes until my next appointment (in December). 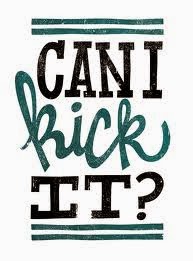 So, here I once again have to decipher what is best for me; one doctor says this and the other says that. The problem is that I trust both of them and that they both have valid points; I do however believe that my oncologist has far more experience with the whole PE portion of the equation, and since I have not had fevers to indicate infection, I am leaning towards his explanation. But, with a strong desire to get over this and back on the Sprycel, I figured that since I was off the Sprycel anyway, I would go ahead and take the antibiotic as a precautionary measure. Since I am so anti-drugs; this was a difficult decision to make.

Conclusion: It has been two days off of Sprycel and two days of the 3 A’s: Azithromycin, Advair and Albuterol!  I am feeling better, but that could also be due to the fact that I am not running around or dancing and am doing little more than sitting on the couch!

Goal: To kick whatever the heck I got going on and get back on Sprycel so I can kick some more CML butt!